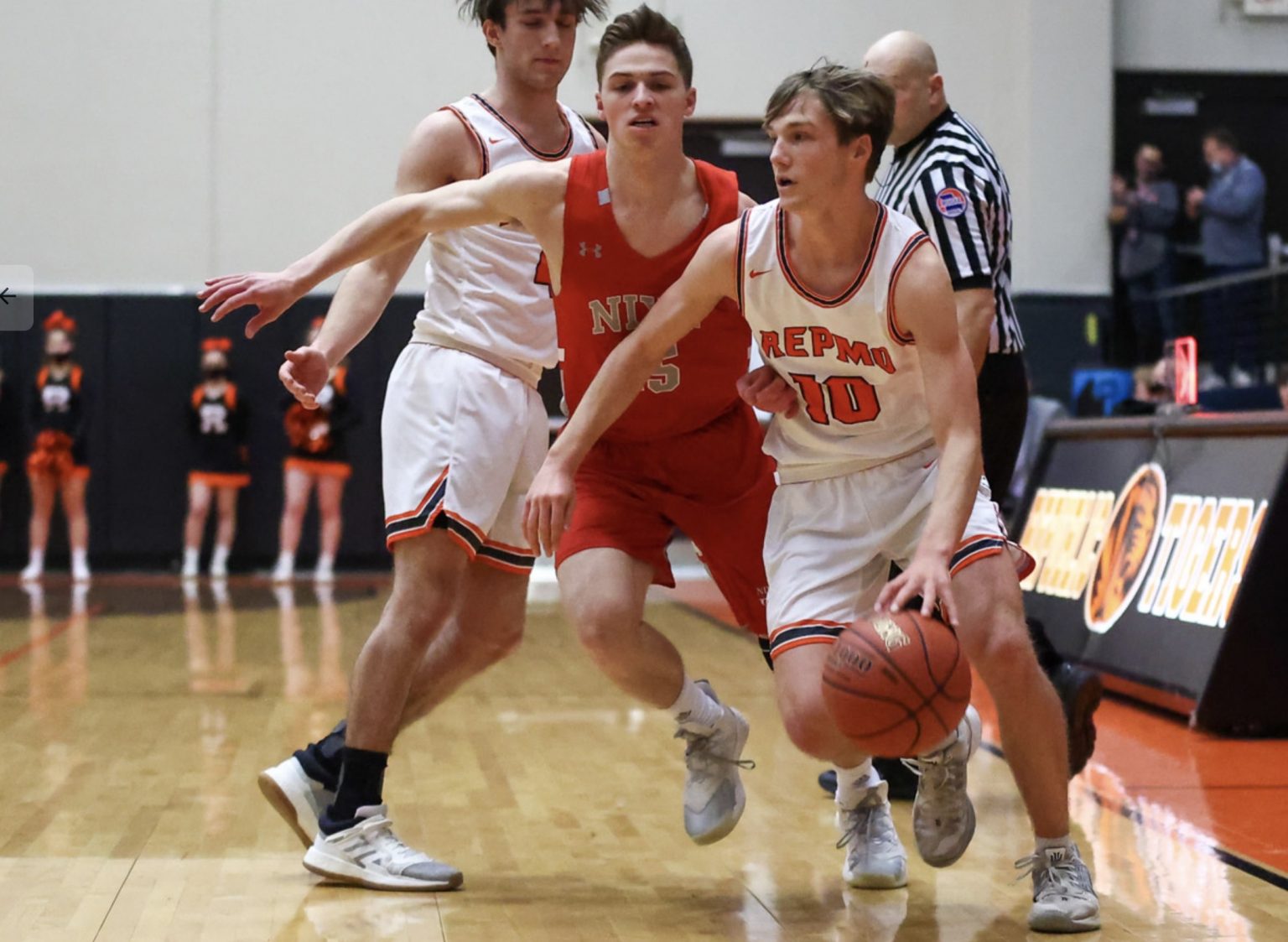 Republic rebounded from a Thursday night loss to Nixa with a hard-fought road win at Webb City Friday, 52-44. Republic pulled away in the fourth quarter, outscoring the Cardinals 17-9 over the final eight minutes.

Webb City controlled the game with its physical style of defense in the opening minutes, jumping ahead 13-6. But Republic adjusted, scoring six straight points before Webb City buried a three-pointer just ahead of the buzzer to give the Cardinals a 16-12 lead as the first quarter ended.

Coach Tim Brown said he was proud of how the Tigers responded to Webb City’s physical defense.

“The thing I’m probably most proud of is our guys were really physical, too, and did things the right way,” Brown said. “We said coming down here to win on the road, we were probably going to need to leave with some floor burns… and some bruises from diving on the floor. And I feel like we had more guys do that tonight than we’ve done in a long time.”

The Tigers turned the tide in the second quarter, outscoring Webb City to 11-6 to take a 23-22 lead into halftime, but Webb City wouldn’t go away. The Cardinals outscored Republic 13-12 in the third quarter, and the teams were tied 35-35 as the fourth quarter began.

Webb City scored a quick basket to take the lead at the beginning of the fourth, but failed to take advantage of a Republic dry spell. The Tigers didn’t score for nearly three minutes, but tied the game again when Drew McMillin drove through the defense and flipped in an underhanded layup to even the score again. Then, with 4:52 remaining, a technical foul on Webb City sent Drew McMillin to the free throw line. McMillin made one of two free throws, then got fouled on the ensuing possession and made two more. The free throws gave Republic a lead it would never relinquish.

The Tigers made 11 of 14 free throws in the fourth quarter to put the game away. And the defense held Webb City to 25 points below its season average. The Cardinals had been averaging 69 points per game.

“We like to call the way we play the ‘Repmo Grind,’ and it was good to see the Repmo Grind back tonight, having some long possessions and … being very efficient on them, and then guarding the way we guard,” said Brown. “We just held a very good basketball team to 44 points.”

After the Tigers grabbed the fourth quarter lead, the defense tightened even more. Oliver Welch and Devon McMillin were among the contributors who made key plays in the final minutes, and Avery Moody had a big game inside, as well.

“It wasn’t always pretty, but we don’t care how pretty it is. We just want to make sure that we do what we’re supposed to do and play the game as hard as we can,” Brown said.

Republic is 21-3 overall and 7-1 in the conference. Their final COC game is next Tuesday at Ozark.

In a game that was close all night long, Drew McMillin stepped up on several occasions to hit big baskets. He scored ten points in the first half, and when Republic fell behind at the start of the fourth quarter, he scored five straight points to help them retake the lead. With 22 points, including six-of-eight free throw shooting in the fourth quarter, he’s our Farr Better Player of the Game.