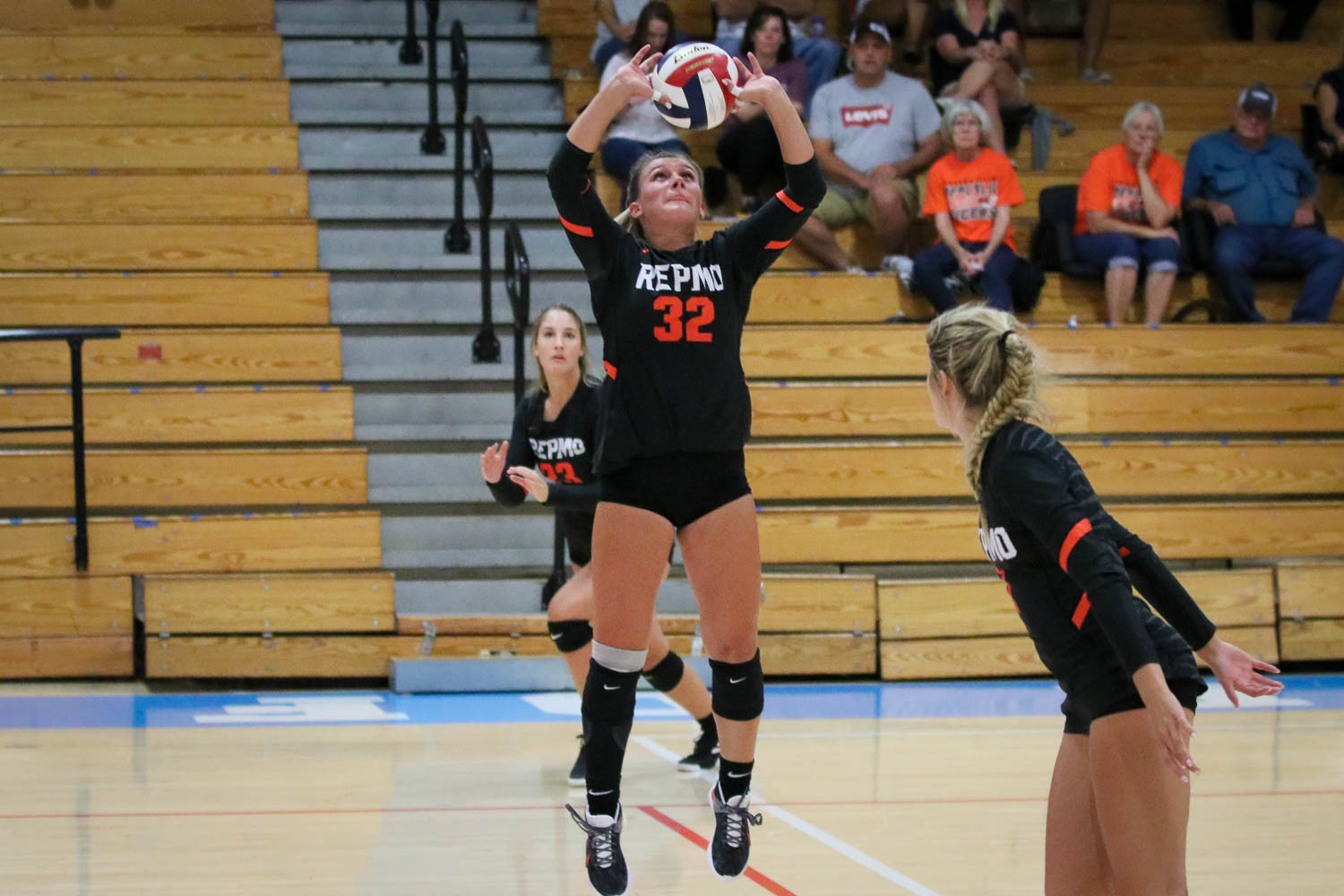 Payge Plank sets the ball during the third set at Glendale.

Republic overcame a slow start and grabbed the momentum with the first set tied 20-20. The Lady Tigers won five of the next six points, aided by a Kaemyn Bekemeier kill, to jump on top.

Glendale seemed poised to even the score in the second set, storming to a 10-3 lead. But Republic responded by winning 22 of the next 28 points, including nine out of the last ten, to win the second set and take a commanding lead.

“I think we’re just trying to find ourselves as a team, and we’ve had a little bit of a rocky start. We started a little bit shaky, but once we started flowing as a team, I could tell a complete difference,” coach Allison Davis said. “We got our confidence back, and it was awesome to see.”

Lauren Chastain played a key role on defense, contributing a team-leading nine digs. Kaemyn Bekemeier led the team with 11 digs. Republic got four blocks up front, one each from Rilynn Finley, Claire Esther, Avery Riggs, and Kailey Manes. Manes and Payge Plank each had a service ace, and Plank totaled 35 assists.

Davis switched up the lineup from last week to take advantage of her team’s strengths, including its depth.

“We talked about being mentally tough, and if someone is off a little bit, getting a sub, taking that mental break, and letting somebody step in that’s fresh and ready to go. Tonight, those people did that – they stepped up and let people take a mental break, then we got some people back on the court. So it was about utilizing what we have,” Davis said.