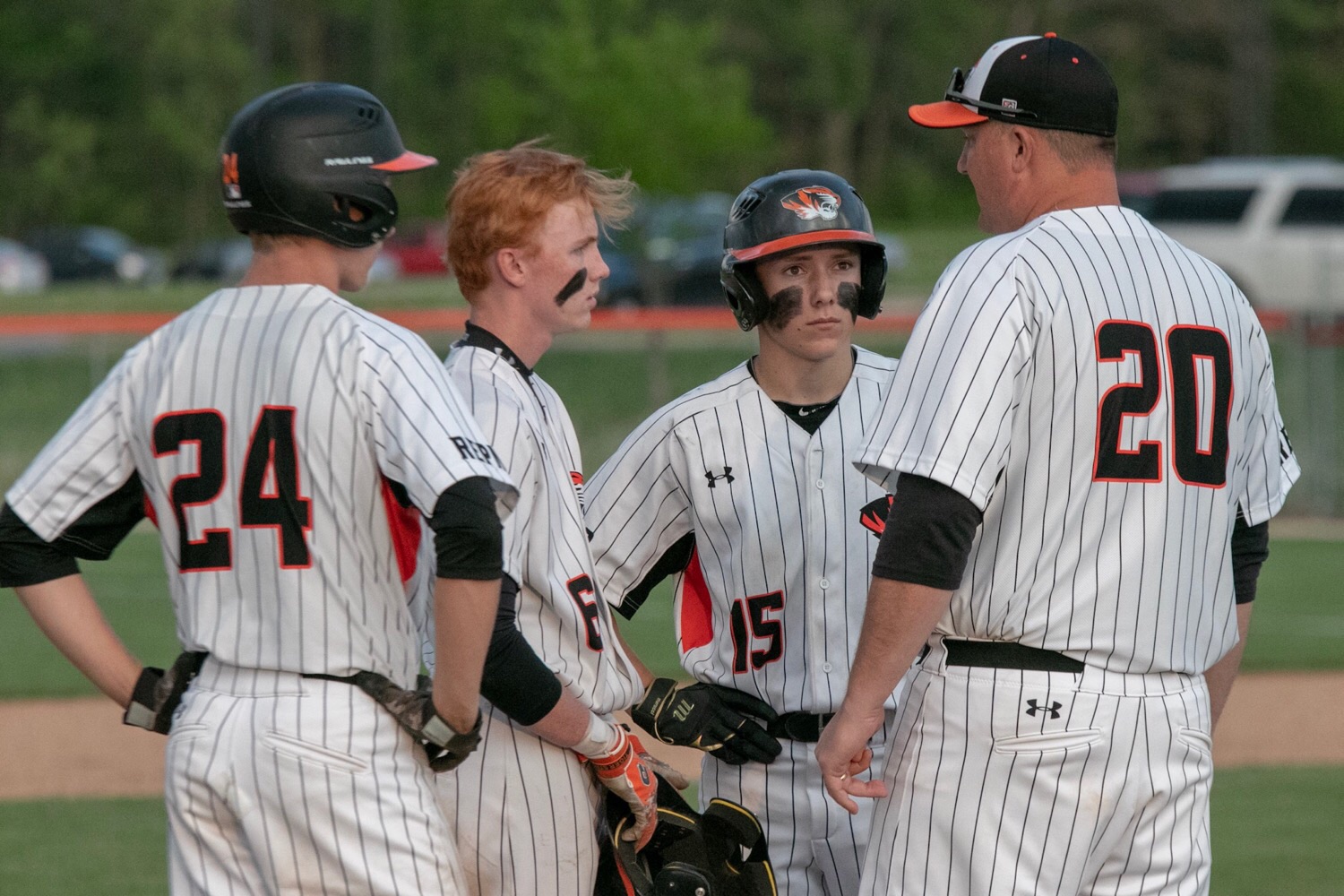 Walk it Off: Tigers Top Joplin in 10

Nick Rose drew a bases-loaded walk to force home the winning run in a 5-4, 10-inning win against Joplin Thursday. The walk was the fourth of the inning for the Tigers, who scored the game-winner without a base hit.

Before the walk-off walk, the game had been a rollercoaster, with Republic riding a strong start by Jared Hughes to a 2-0 lead through the first five innings.

Republic took a 1-0 lead on an RBI double by Jaden Duvall in the first. The Tigers made it 2-0 in the fourth on an RBI groundout by Jacob Crosswhite.

Hughes, who allowed just one base hit through the first five innings, ran into trouble in the sixth, when Joplin scored all four of its runs on three doubles, two walks, and a single. Evan Smith came in with the bases loaded and two outs, threw three balls on his first three pitches, then came back to retire the last batter of the inning without allowing further damage.

In the bottom of the sixth, Republic tied the game. Easton Prevo and Rose singled, and with two out, Ryker Harrington doubled to the opposite field down the left field line to tie the game.

From that point on, Republic relief pitchers Smith and Vincent Pyeatt shut down the Eagles. Smith pitched two-thirds of an inning and Pyeatt pitched 3 2/3 innings, allowing just four hits between them.

“Jared pitched really, really well, and he kind of had a rough ending…but he was really good,” said coach Curt Plotner. “Then those guys were outstanding behind him, so they kept us in the game and gave us an opportunity to win, and we were able to take advantage of it.”

Duvall, Rose, and Prevo had two hits apiece for the Tigers, who out-hit Joplin 11-9. Neither team made an error.

Republic improves to 9-9, matching their win total for all of last season, which was Plotner’s first as head coach.

“I’ll feel a lot better if we can keep going and get some more , Plotner said. “I don’t like to compare, because I think we’ve got a little bit different group of kids. We’re obviously a little bit younger, and there’s been some growing pains along the way, but I like where we’re at.”