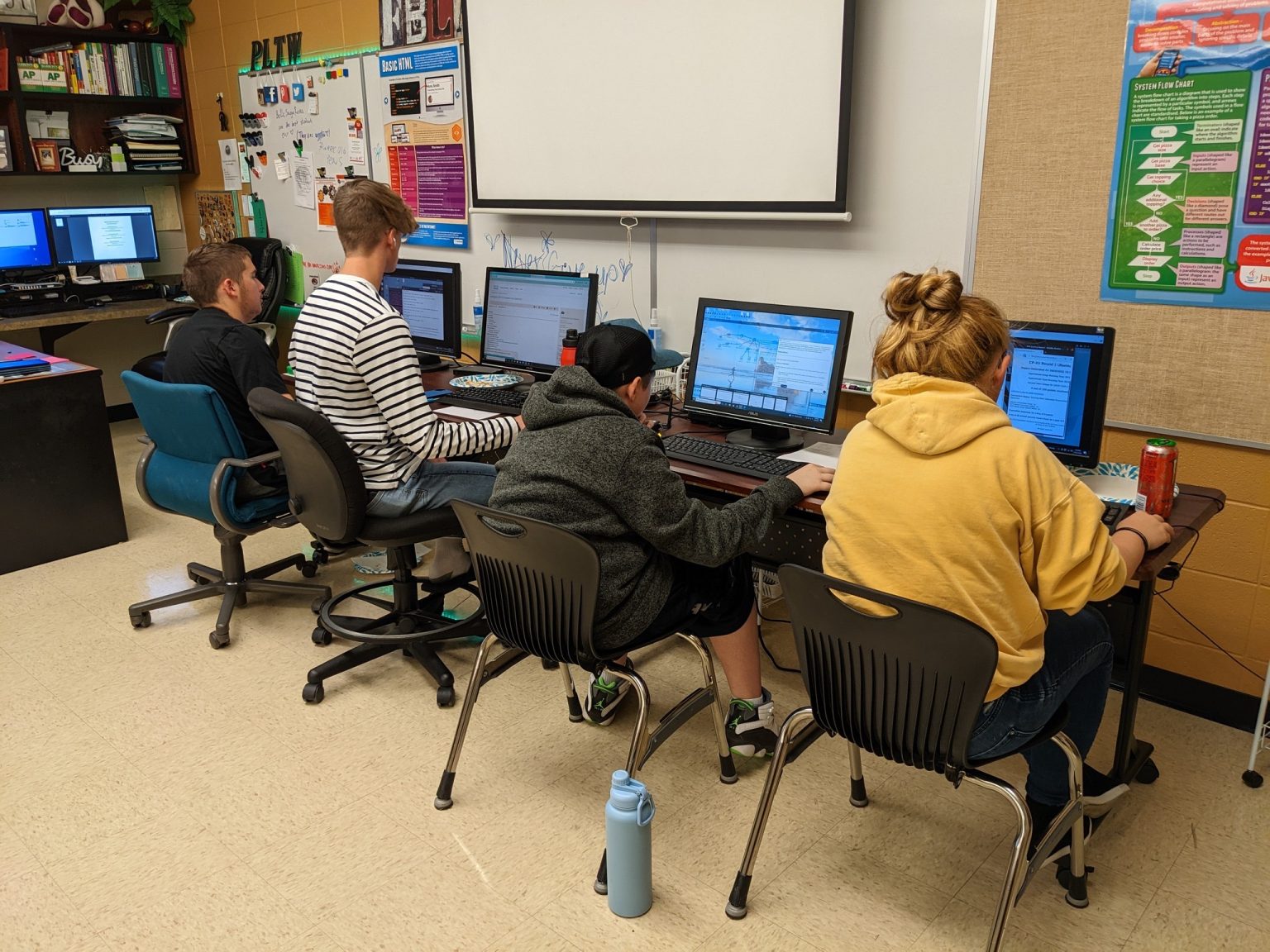 Off the Field: CyberPatriot Competition

Less than two years ago, the Republic High School CyberPatriot chapter had just started. Sponsor Robin Robertson had taken her team of two students to their third competition round of the year: the State Round. Now, the team has grown, and participants recently completed their first round of competition this academic year.

From October 22 to 24, Zach Alexander, Kennedy Howell, Felix Kollodge, and Issac Pearce competed in the CyberPatriot XV Competition. This national contest is held virtually, allowing students to complete their quizzes and performance tasks whenever it is most convenient for them. The team picks a date they would like to compete, and they have a time window on that day to finish their testing.

“There were five different things the team had to complete: three virtual machines that simulate a computer you must make more secure, one networking assignment, and one quiz on basic cybersecurity knowledge,” Alexander said.

In the six-hour period the team was given, they employed their previous knowledge of computer systems like Windows 10, Server 2019, and Ubuntu, which are commonly needed to move past specific steps in the competition. Very rarely are all students using the same technology or practice during the contest; participants often divide their tasks between all members of the four-person team and work either individually or with a partner.

However, the first round is only one of five that will occur this competition season. Round 2, the State Round, the Semifinals, and the in-person National Finals will all be held before March 2023. All teams are invited to participate in Round 2 and the State Round, but only those with qualifying scores will advance to the following two rounds. The National Finals, which will be in-person for the second straight year, will be held in Bethesda, Maryland.

Outside the competition, the students involved have found a sense of community, as they frequently work with one another to benefit the team. The team has also been given real-world experience in their competition tasks.

“The most memorable part of the competition is finding out something you have been struggling with for a while,” Alexander said. “Working with different people to get new ideas and views on a problem is a great way to have fun during a competition like this.”

“CyberPatriot gives those who are interested in a job in technology or cybersecurity practice and experience,” Howell said. “Plus, I enjoy having a lot of fun little moments with my teammates.”
The team will compete next in Round 2 from November 4 to 6. This round will determine their tier for the State Round in December.