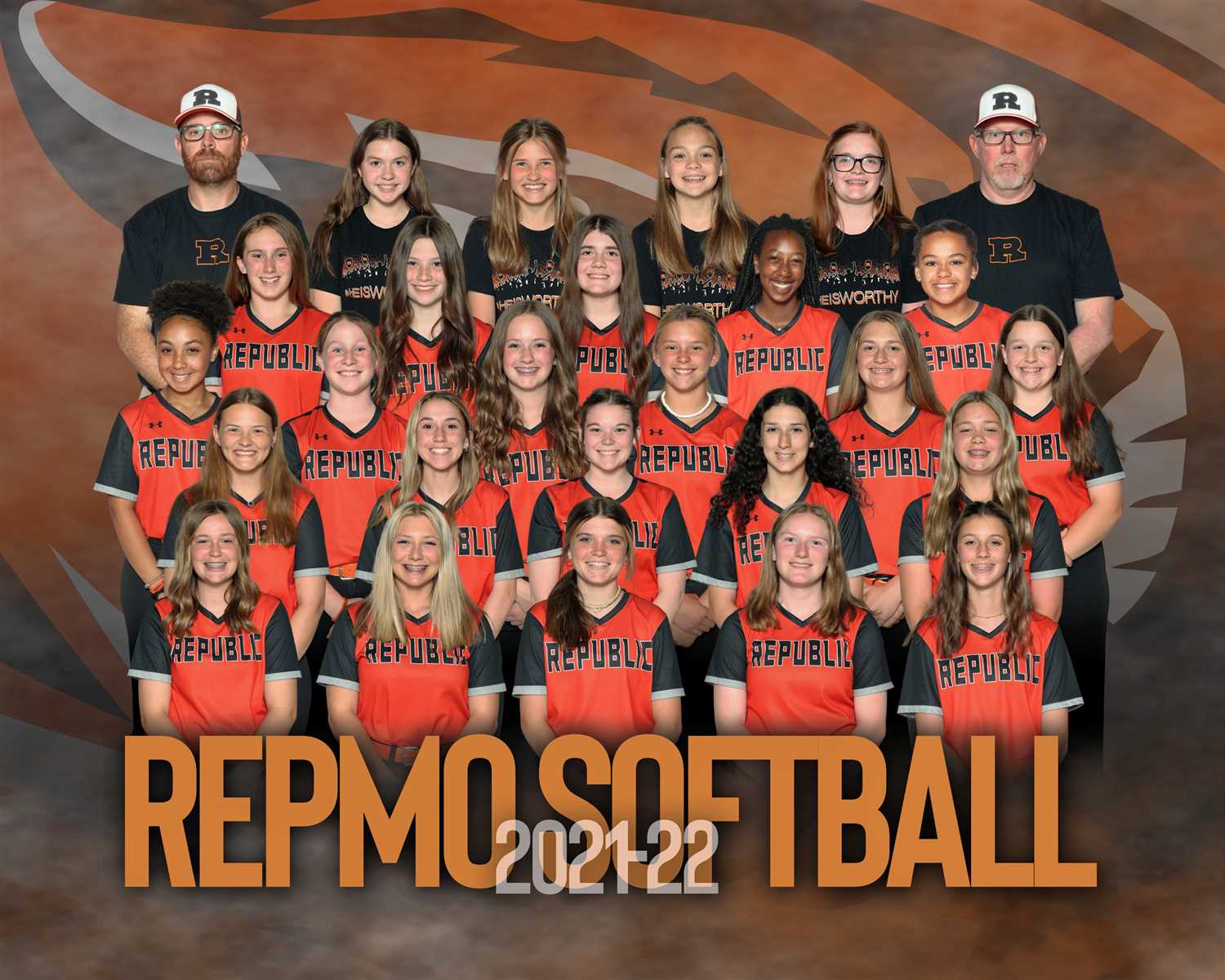 The Republic Middle School softball team wrapped up its season with a COC championship and an overall record of 15-2 (A team) and 11-2 (B team). They went 3-0 in the Branson Tournament and the B team finished second in the COC “B” tournament.

But what stood out about the team to coach Lee Dishman was the way they embodied the “family” concept he and coach Allen Stolte stress at every level of the program.

“This team had some major distractions and life events happen during the year. These girls just rallied around each other and it was amazing to watch them support each other through these times,” Dishman said. “The culture of this team is exactly what Republic Softball is all about. Sure, we saw tremendous growth on the field, but the biggest and most rewarding part was the support they showed each other in the dugout and off the field.”

The success started in the pitching circle with Piper Dishman, who dominated opponents throughout the season. She finished with a 0.80 earned run average and a perfect 12-0 record, striking out 110 batters in 54 innings. Her best game was against Willard, when she struck out 16 of 18 batters in six innings.

Mia Crisp-Carnes anchored a strong batting order, leading the team in batting average at .578. Paige Elsenraat led the team with 27 base hits. Five different batters hit over .500. In addition to Crisp-Carnes and Elsenraat, Maddie Taylor, Katie Stewart, and Grace Worthy got base hits in more than half their at-bats. Addison Brown hit two home runs, while Taylor and Crisp-Carnes each had one.

Many of the middle school players have been a part of Republic’s youth softball program for several seasons.

“I believe the youth program has benefited the middle school program by teaching these players what we expect from them before they even get into ‘school’ sports. When we begin, they are ahead of the game and ready to just continue learning,” Dishman said. “Once again, it also helps build those positive relationships not only with the coaches but also their teammates.

“Another big thing that the youth program is teaching the girls, is to take pride in wearing the Republic name on their jersey. We stress to our youth that when we go off to these summer tournaments, that we want people to see Republic girls know how to be good players but even better people. These girls have grown up wearing the orange and black so it gives them a sense of pride to represent not only the school but our community,” Dishman said.

Our Look to the Future features are sponsored by VisionHealth Eye Center.