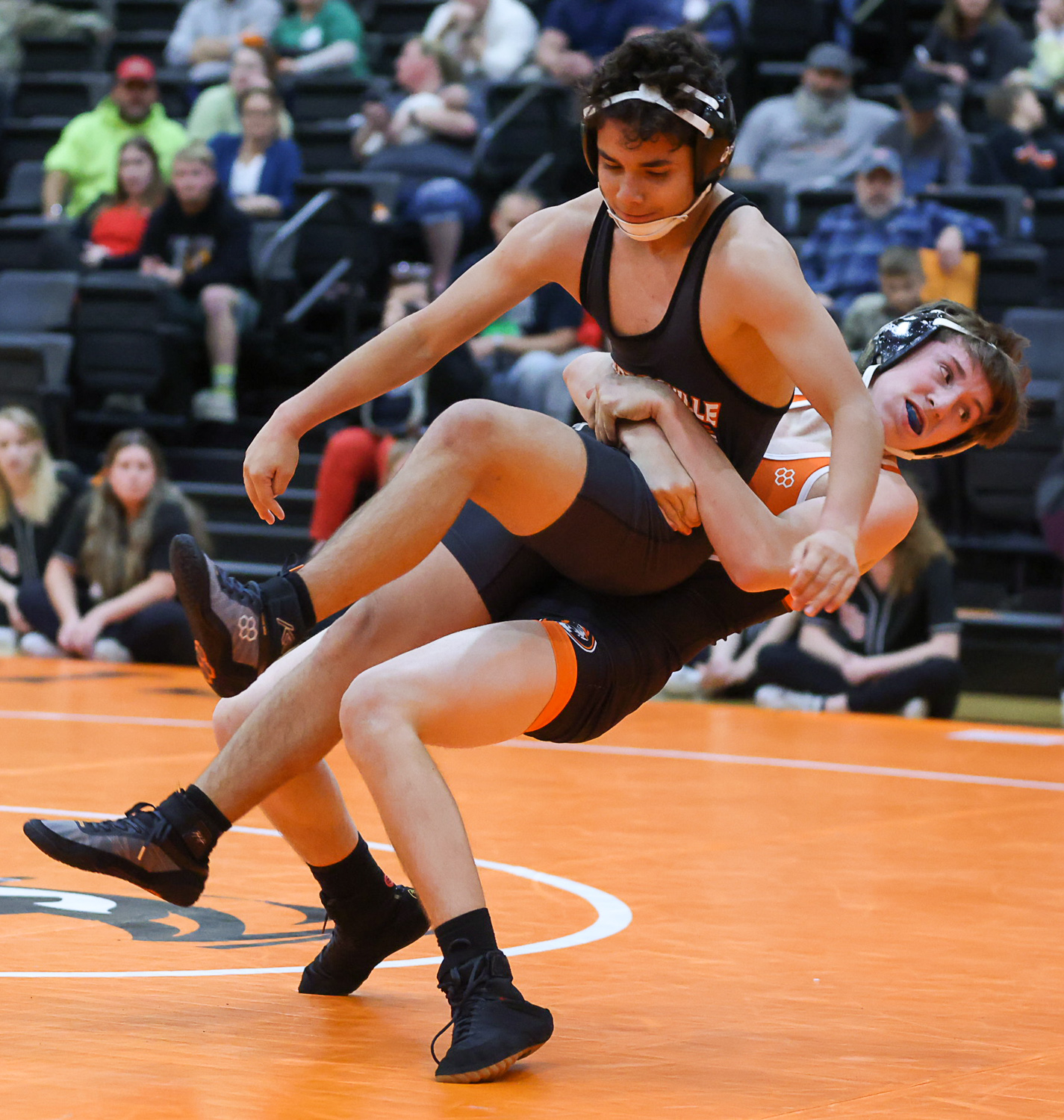 (File photo) Quentin Bailey was one of five Republic wrestlers to win four matches at Bolivar.

Republic’s win against Waynesville was its second in a few days, after Republic opened the season there earlier in the week. Saturday, Republic won by a wider margin, 54-21. Republic winners in that dual were Bailey, Coleman, Hicks, Wilkins, and Caden White.

Host Bolivar picked up a lopsided win over the Tigers, 48-15. Only Quentin Bailey, Simpson, and Craig won their matches in that dual.

Against Osage, Republic fell 45-33. The Tigers got wins from Bailey, Coleman, Hicks, Wilkins, Collyott, and Craig.

The closest dual of the day was a 39-36 loss to Camdenton that came down to the final match. Republic’s winners were George, Coleman, Tanner Gonzales, Hicks,Wilkins, Craig, and White.