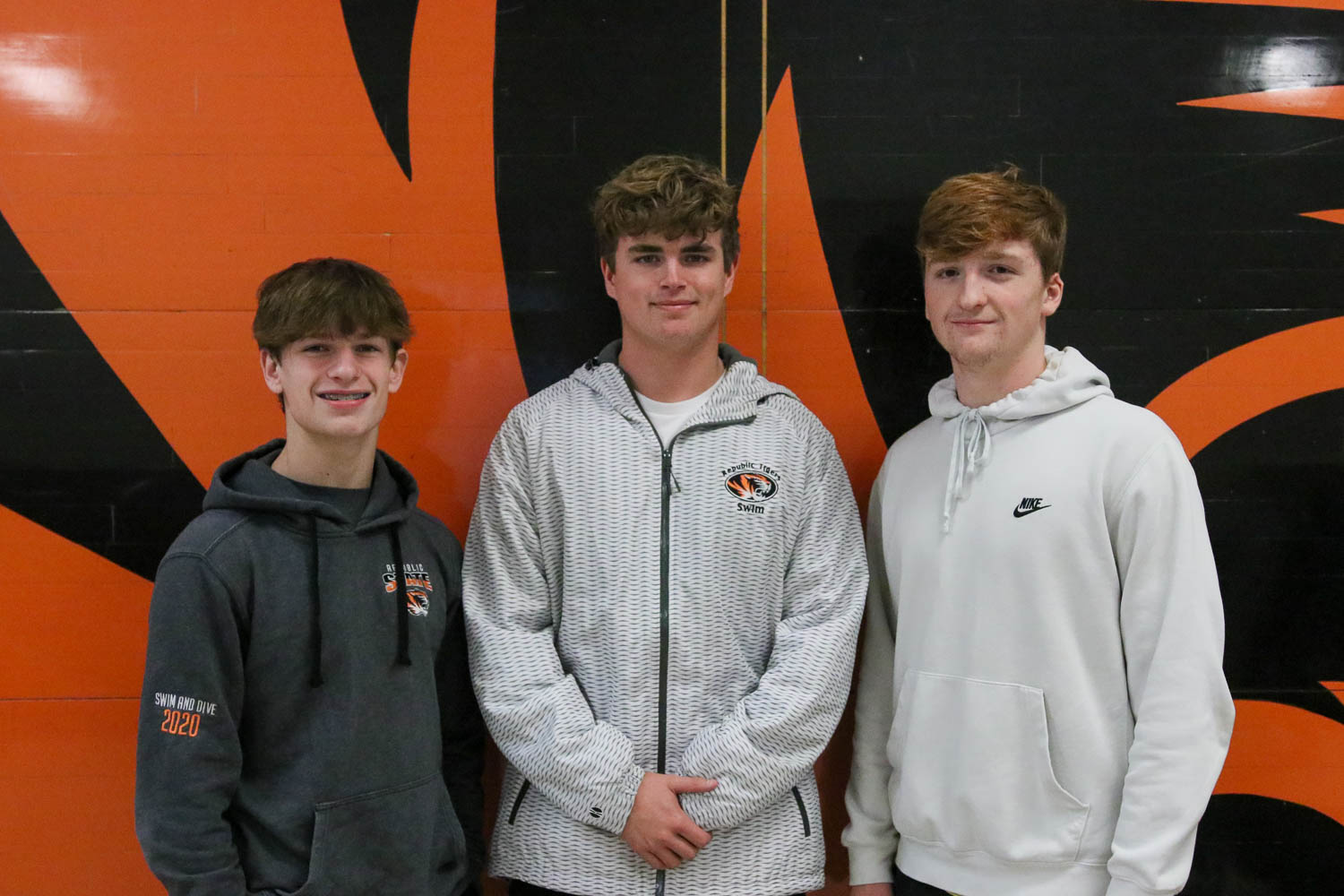 Brady Lewis, Seth Lock, and Bryce Martin return to the state swim championship in St. Peters for a second season.

Swim Trio Looks Ahead to State

Republic’s three state-bound swimmers got a send-off after school Tuesday. Bryce Martin, Seth Lock, and Brady Lewis will all compete at the state championship, beginning with the preliminary heats on Thursday.

All three competed at state last year, too. But Lock said it’s different for him now that he’s a senior.

Martin is also swimming in his last high school meet as a senior. He’ll be competing in two events, and based on his qualifying times, he’s known for a while that he would make the state cut.

“It just made me feel more secure,” he said of his faster qualifying time. “I also feel like I have more on my shoulders, because I’m in the top 16. So I’ll be placing in both of my events, if I don’t move up or down.

Martin said he’s accustomed to having attention and pressure to succeed when he’s in the pool, and he anticipates that to work in his favor in St. Peters.

Lewis had to wait longer than Martin to find out whether he’d be competing at state, but he said he’ll be building on the experience he gained last year. He enters his race seeded 24th, and hopes to place at least that high in his 100 yard butterfly event.

“I’m seeded at 24th right now, so I can stay there and maybe drop a little bit of time and jump up,” he said. “I don’t want to drop any, because the spot I’m in, I barely made it into that third heat.”

Making it into the third heat means he should be competing in the same race as Lock, based on their qualifying times. Lock said he’s looking forward to being able to race head-to-head against a teammate at state.

“It’s going to be a cool experience. It’ll be fun to race against a teammate and see who wins.”

All three swimmers say their main goal is to drop time. Martin said he hopes to finish near his pre-meet seeding of 12th.

“If I were to get anywhere under 16th and we place for the first time, we’d get (team) points, and we’d be up on the board,” he said. “As long as I do that, I’ll feel pretty confident that we got what we needed to do.”