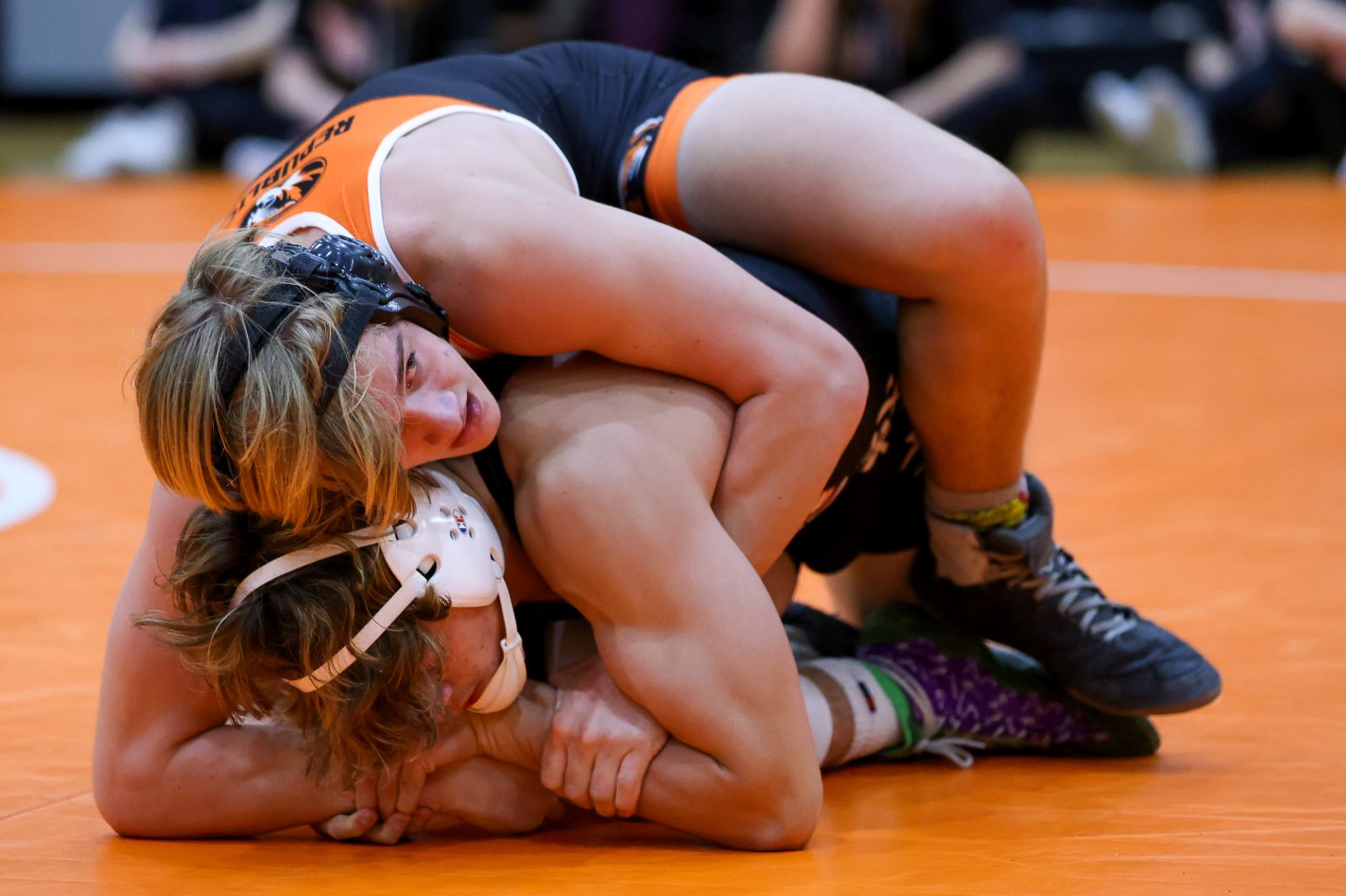 Maddox Wilkens controls his opponent during his win in the 170-pound division.

Republic dominated its first wrestling dual of the season, and its first under new head coach Eric Nolan, whipping Waynesville on the road Tuesday, 48-9. The Tigers won all but two matches .

Nolan, in his first dual at the helm in Republic, said he’s been coaching long enough that he wasn’t especially nervous before the wrestling began.

“I’ve been doing this for a while and I just was really ready to get going with it and see what we can do,” he said. What he saw from the Tigers in their first outing left him impressed.

“I thought we showed a lot of toughness. I told them that no matter the outcome, I expected them to fight throughout their match and show a lot of determination, win or lose,” he said. “I want the people that we face to not like wrestling us, because we’re not an easy out. (With) that being said, I couldn’t be much happier with our effort.

“We’ve got a lot of stuff to clean up and improve on, but I feel like it’s a great start to our season.”

Republic is back in action Saturday at the Bolivar Duals Tournament.