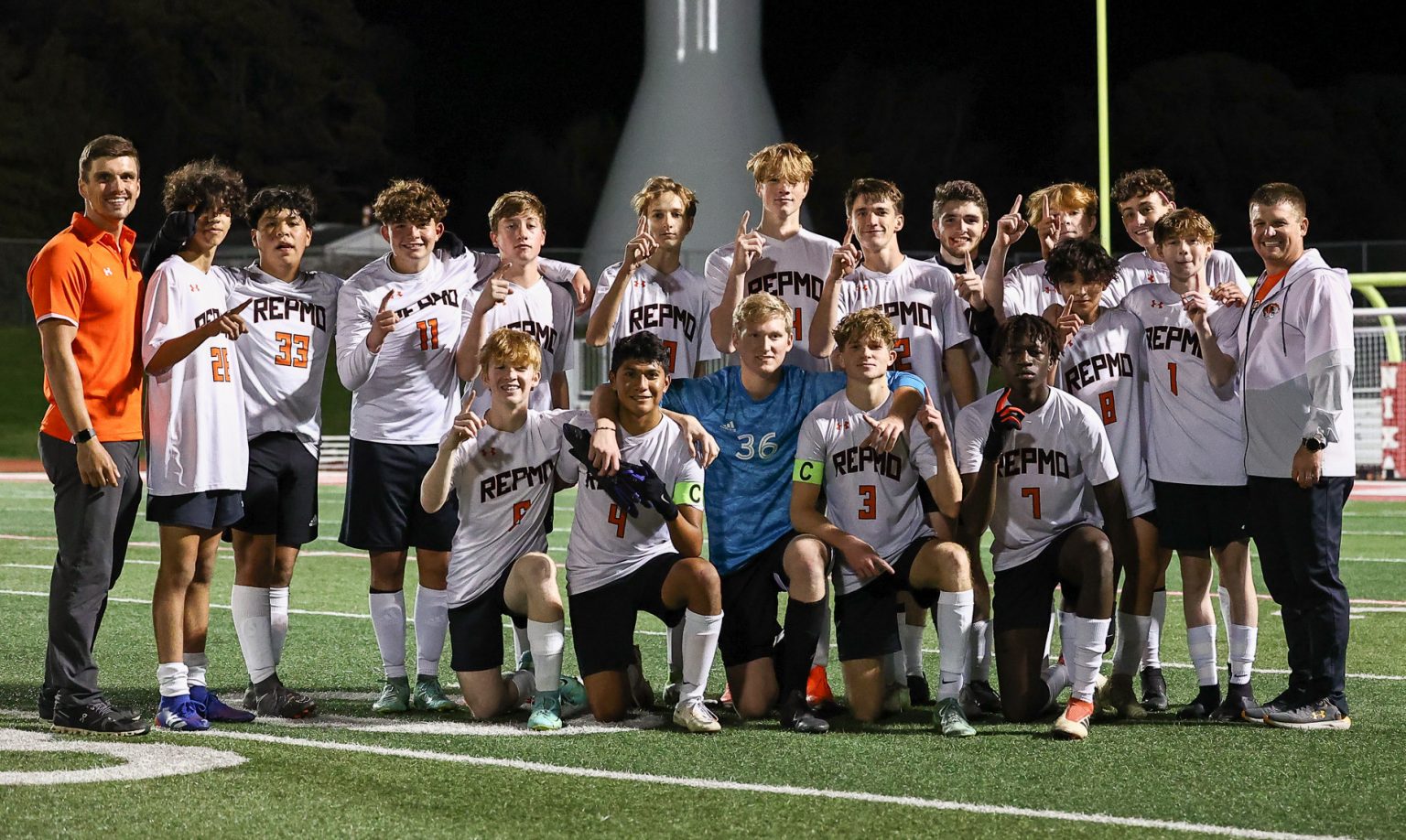 Twice in the last year – once in girls soccer and once in boys soccer – Nixa had overcome a second-half deficit to beat Republic. Tuesday night, the Tigers didn’t let it happen again.

Will Fronabarger broke a scoreless tie with a goal six minutes into the second half, then Marco Donjuan sealed the deal with a header into the corner of the net with three minutes remaining, giving Republic a 2-0 win. The victory clinched a share of the Central Ozark Conference championship – the first time Republic has ever won a league title in soccer. And it was the program’s first-ever victory over Nixa.

“It feels great. The boys came out and they played extremely well tonight. (I’m) just really excited where we are as a team right now, and (with) how they’re playing. It’s hard not to be excited at this point,” Hauck said.

In addition, goalkeeper Drake Lightfoot unofficially surpassed the 500-saves mark for his career. He’s just the seventh player to pass that milestone, according to the MSHSAA soccer record book.

After losing heartbreakers to Nixa in both the girls and boys season over the past 12 months, Hauck said the win Tuesday showed the continued improvement of the boys program.

“I think that just shows how well as a program we have developed here at Republic, and how well the boys have taken to each other and feed off that energy,” Hauck said. “Each year we just seemed to get closer and closer, and this year, finally over the hump.”

The game was scoreless until Marco Donjuan reversed the ball with a pass to Fronabarger on the right side of the box, leading him just enough to give Fronabarger a playable angle on the shot. Fronabarger tried to fire it across the face of Nixa goalkeeper Logan Elmer, who reacted by moving to his right. But a Nixa defender got a foot on the ball, deflecting it back to Elmer’s left, where it squirted into the corner of the goal to put Republic on top.

Defender Markus Mitchell said he felt more nervous after the Tigers took the lead than he did when the game was tied.

“Nothing is more nerve-wracking, because… you’re only up one, and one shot ties it,” he said.

Goalkeeper Lightfoot, who turned in another stellar performance in preserving the shutout, said Nixa’s intensity went up after Republic took the lead.

“They were all over us pretty much the whole half. From there, we were playing kick and run, and we made it out alive. The defense pulled through,” he said.

Donjuan made it 2-0 on a free kick from Mitchell, who floated it into the box in perfect position. Donjuan flicked it with his head into the left side of the net, all-but sealing the win for Republic.

Republic hosts Kickapoo in a non-conference match to close out the regular season at home Wednesday.

Nixa had been averaging nearly three goals per game before Tuesday night, but they couldn’t get the ball past Drake Lightfoot. Lightfoot became the first goalkeeper in southwest Missouri to shut out Nixa this season, and in the process, he unofficially blew past 500 career saves, becoming just the seventh player to surpass that mark, according to the MSHSAA record book. For his milestone and his shutout, he’s our Farr Better Player of the Game..