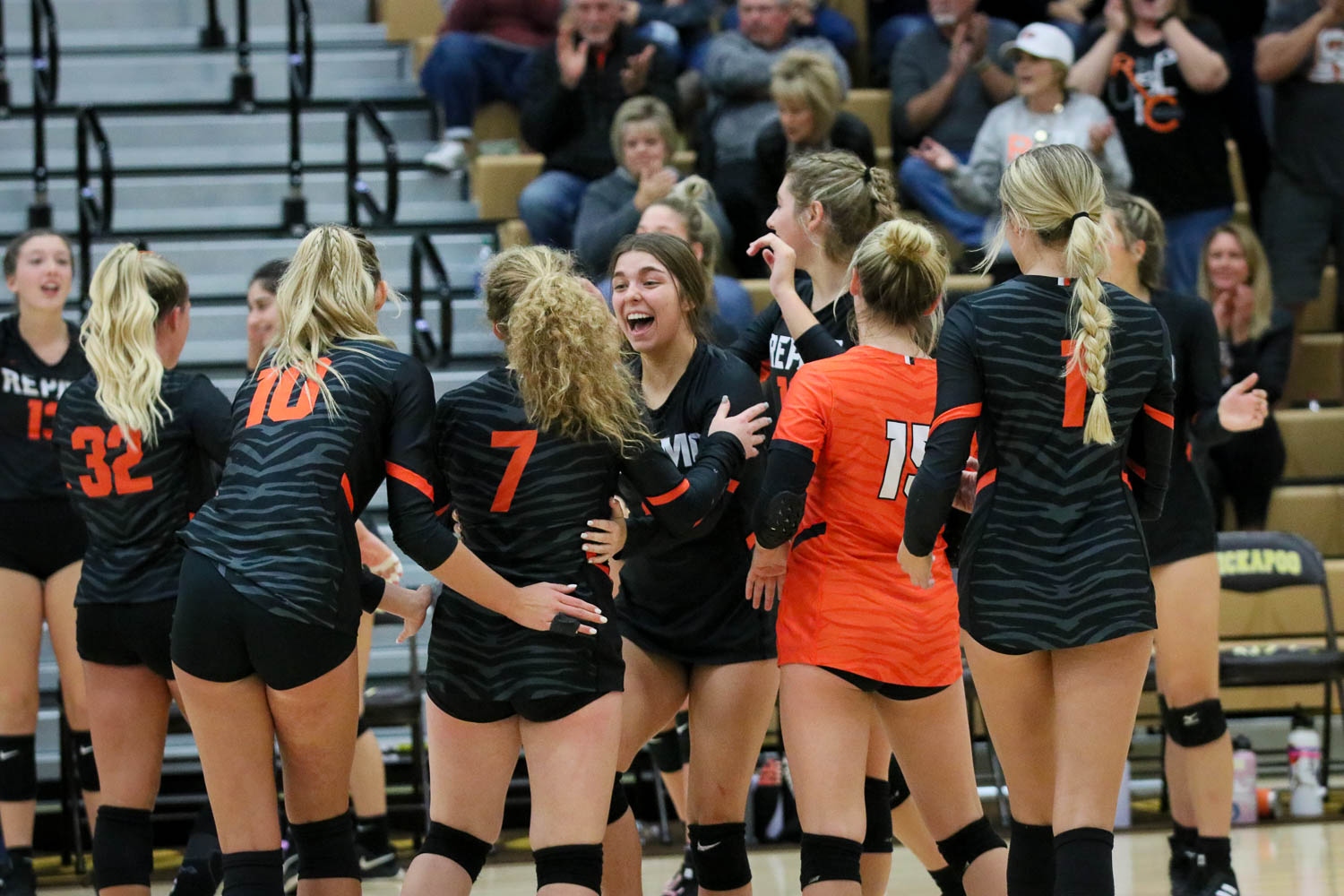 District Upset Slips Away from Republic

All season long, Republic coach Allison Davis has talked about her team fighting for respect from other volleyball programs. The Lady Tigers earned some of that respect Saturday, but couldn’t get push through for a victory against #2 seed Kickapoo (26-7). After Republic won the first two sets, Kickapoo stormed back to win three in a row, advancing the district championship match against top-seeded Nixa (22-25 22-25 25-14 25-16 15-8).

“I’m proud of the way our team played and performed as a whole,” Coach Allison Davis said. “Whether they were on the bench encouraging the girls on the floor, or on the floor, they came in ready to give it all. That win would have been awesome after all their hard work, but I’m still proud of them and the fight they gave.”

Both the first two sets were close most of the way. Kickapoo led by three points at 13-10, but Republic reeled off four straight to take the lead. From that point on, the teams were within two points of one another until Republic grabbed a 23-20 lead. A kill by Alaina Norman closed out the set.

The teams went back and forth in the second set, too. Republic led by as many as three points early, but after a 13-13 tie, neither team led by more than a point until Republic won three consecutive points on Brooklyn Claxton’s serve to take a 24-21 lead, setting up the second-set win.

Kickapoo settled in and controlled the third set most of the way to get within 2-1. In the fourth, Republic jumped on top 6-3, but Kickapoo won four straight to take the lead. Then, with Republic leading 12-11, Kickapoo won ten points in a row. The Chiefs closed out the fourth set and rode their momentum in the fifth to avoid the upset.

Defensively, Republic was led by Kaemyn Bekemeier’s 16 digs and got two blocks from Avery Riggs.

The match was the last for seniors Mykenzie Hicks and Megan Decker.

“I want to thank our two seniors for being positive representations of what a good leader is and for dedicating the last four year to this program. Megan and Mykenzie will definitely be missed,” Davis said.