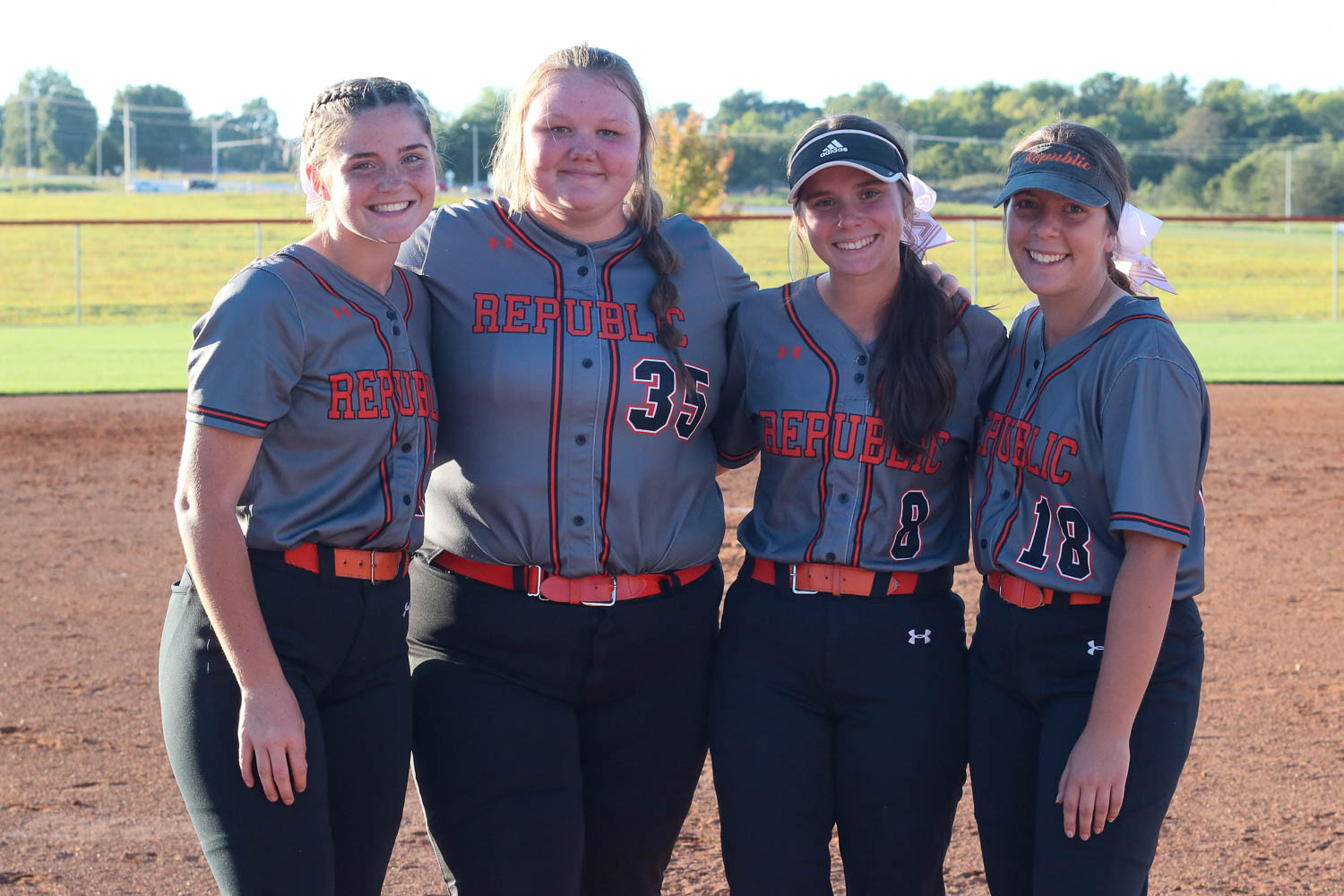 For the second straight game, the Republic softball team took five innings to get started, then did enough to win. Thursday night, the Lady Tigers scored their only two runs of the game in the fifth inning, coming from behind to edge Joplin 2-1 on Senior Night.

Joplin had scored quickly, when Liz Snider singled and scored on a base hit by Izzy Yust in the top of the first inning. It looked for a while like that would be enough for Joplin pitcher Jill McDaniel, who breezed through the first four innings.

Republic came close to scoring in the bottom of the first, when Jenna Belcher was hit by a pitch leading off, then advanced from first to third on a sacrifice by Jaci West. But McDaniel struck out Ella Tattershall and Mara Lakey to work out of trouble.

The Lady Tigers finally got on the board in the fifth, after Belcher led off with a double. With one out, right after she’d ripped a long foul ball up the third base line, Tattershall guided an outside pitch through the hole on the right side of the infield, scoring Belcher to tie the game. After Lakey struck out, lefty EmmaLee Essary ripped the ball through that same hole on the infield, scoring courtesy runner Cass Ellison to give Republic the lead.

That two-run rally was all Mara Lakey needed. She pitched a complete game, and she didn’t allow a base hit after the second inning, picking up the win. McDaniel was the tough-luck loser, allowing just two runs on six hits.

Before the game, Republic honored its four seniors – Arwen Ezell-McKinney, Megan Heavin, Mara Lakey, and Jaci West. Since becoming part of the high school program, this senior class has won 67 games, averaging 18 wins per season during the previous three seasons.

Republic is 12-6 this season, and 4-1 in the Central Ozark Conference.