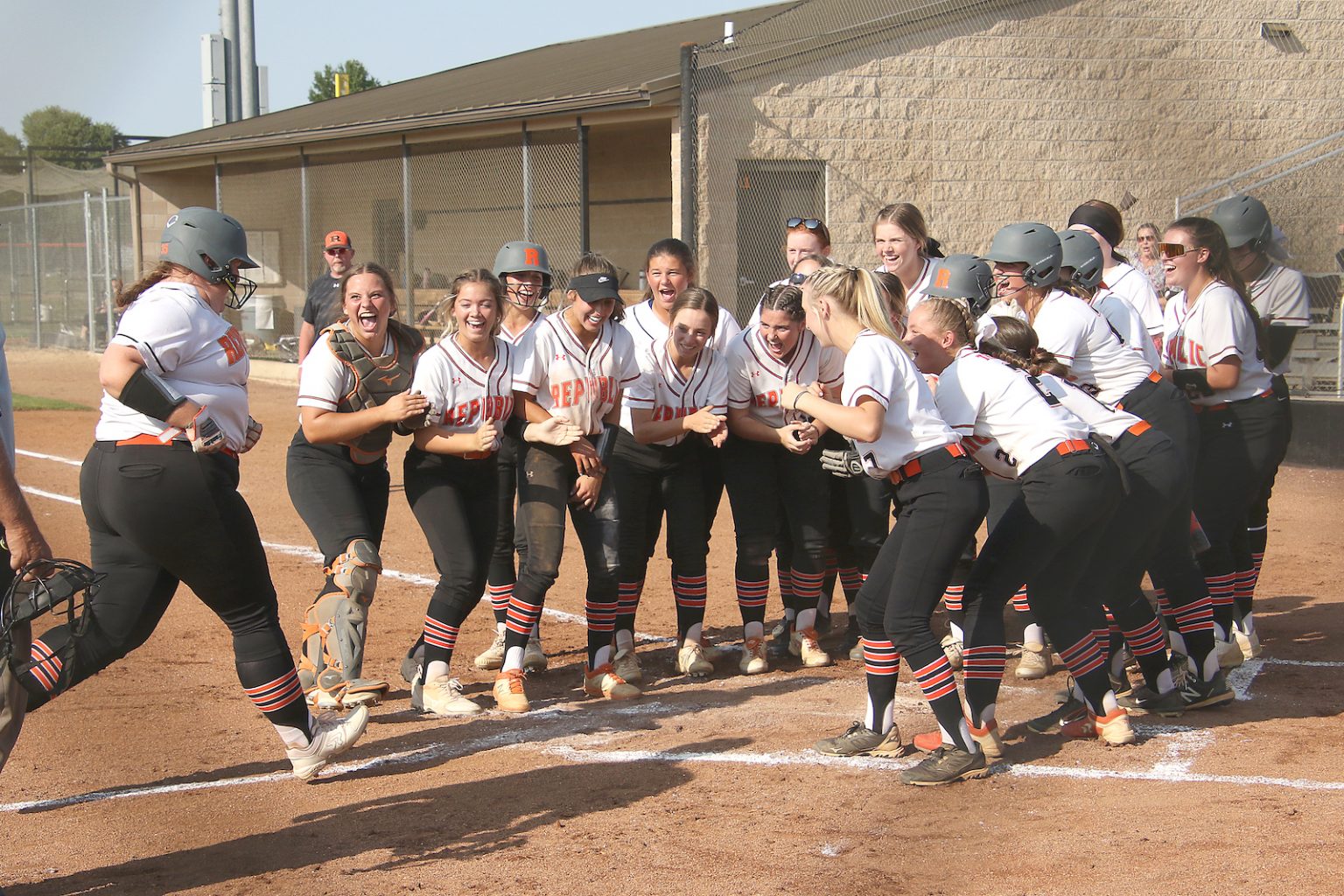 Mara Lakey arrives at home plate after one of her two home runs. She set a school record with eight RBIs. (Photo by Maria Dabney)

The Lady Tigers softball team broke two longstanding school records in a blowout win over Carl Junction at home Thursday, 23-12. Republic scored in every inning, including an eight-run fourth, to come from behind and win its first conference game of the season.

Two other Lady Tigers, Annabelle Gerhardt-Hobbs and Jenna Belcher, also homered for Republic. Belcher’s homer ended the game in the bottom of the sixth inning by giving Republic an 11-run lead. Belcher finished the game with four hits, four runs batted in, and five runs scored. She reached base five times, including a walk.

Carl Junction actually seemed to have control of the game at two different points. The bulldogs scored three runs in the first inning after the first six batters reached base against Republic starter EmmaLee Essary. But Republic tied the game in the bottom of first, then took a 6-3 lead with three more in the second.

In the top of the third, CJ grabbed the lead again, scoring eight more runs to make the score 11-6. But a four-run inning by Republic in the bottom half cut the lead to 11-10 and got the Lady Tigers back in the game.

In the fourth, Republic plated eight runs with the aid of homers by Lakey and Gerhardt-Hobbs. That made the score 18-11, and the game was never close again. Lakey, who entered the game in the third inning, shut down Carl Junction from the fourth inning on, allowing just one run the rest of the way.

Republic improves to 6-3, 1-1 in the Central Ozark Conference. The Lady Tigers play at 11 am Friday at home as part of the Ozark Fall Festival Tournament.