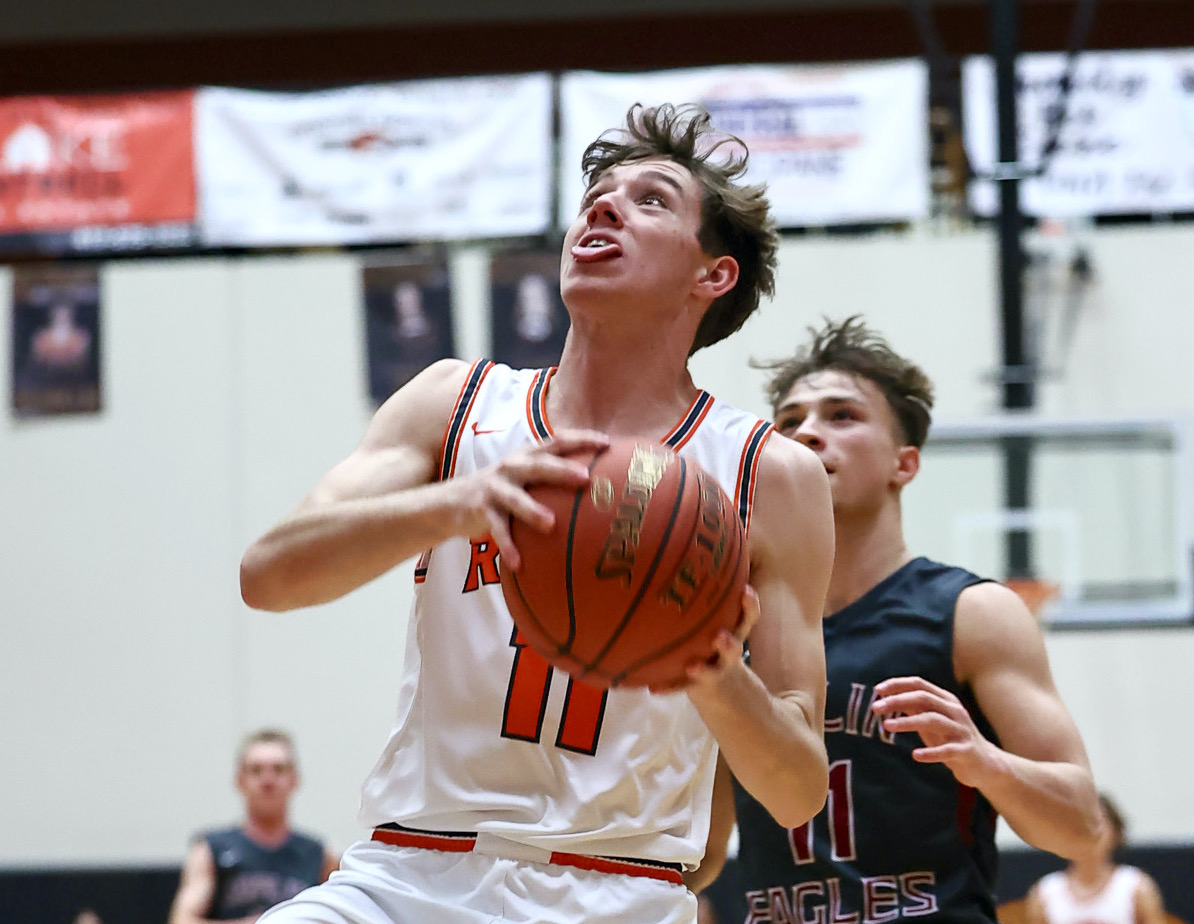 Republic grabbed an early lead and held onto it most of the night in an 80-72 win over Joplin in the district semifinals at home Tuesday. The Tigers led by ten points at the end of the first, second, and third quarters before winning by eight.

Republic got contributions up and down the lineup, including from senior Tyson Young, who scored a career-high 14 points.

“That was a lot of fun,” said Young, “especially doing it with all my friends, my senior year. We all just came out and had fun, and we ended up winning, and that was the goal.”

Drew McMillin scored 31 points, including a three-pointer at the end of the third quarter that stuck a dagger in the Eagles’ momentum after they’d cut a 13-point Republic lead down to seven. With Joplin’s Dominick Simmons stuck to him literally chest-to-chest, hands raised, McMillin fired in a 22-foot shot from the top of the arc, pushing Republic’s lead back to ten points as the fourth quarter began.

Republic built on that momentum at the beginning of the fourth quarter, scoring the first seven points to take a 17-point lead. Joplin whittled the lead down to seven, but never got any closer.

“Any time we can play with the lead with our guards and our style of play, we always know that’s in our favor,” said coach Tim Brown. “We’re not afraid to take long possessions and spread teams out. We were able to do that in the first half after a great start.”

Brown pointed to contributions from several players that helped his team advance to the district championship game.

“We had a lot of guys step up tonight. This time of year, you’ve got to have more than just one or two guys show up. Everybody that played contributed. Avery Moody had a great game. Tyson Young had a phenomenal game. He stayed ready and stayed engaged. And Devon McMillin made some big plays offensively, and Oliver Welch just did Oliver things out there – he’s just the Energizer Bunny out there.”

Republic plays top seed Kickapoo at home Friday night for a district championship. Kickapoo blew out Carthage in the other semifinal. Tip-off is scheduled for 7:00.

In a game where the Tigers needed conttributions from all over, Tyson Young made his biggest offensive contribution yet. Young scored a career-high 14 points, including eight in the key third quarter, to help the Tigers hold off a Joplin charge. His timely scoring makes him our Farr Better Player of the Game.