Republic made 14 free throws in the fourth quarter and managed to hold off upset-minded Joplin 69-67 at home Friday. A 60-foot desperation heave by Joplin’s L.T. Atherton as time expired was well short, helping Republic escape with its unbeaten conference record intact.

Drew McMillin finished with 39 points, the second-highest single-game total of his career. Nineteen of those points were on free throws, because Joplin had no answer for McMillin’s dribble penetration. Eleven of McMillin’s 13 points in the fourth quarter came from the free throw line.

“You look at our games with Joplin and they’re always a dogfight. I think you could add our last four games together, and it seems like it’s a margin of about 10 combined points that has decided a winner and a loser,” said coach Tim Brown. “This time of year and these kinds of league games, you just want to make sure you have one more point than the team that you’re playing and give yourself a chance in the conference.”

The game featured wild momentum swings all night, including an 8-0 run by Republic from the opening tip. Joplin answered with a 7-1 run of its own and trailed by four points after one quarter, 11-7. The Eagles tied the game at halftime, 29-29, and took the lead for the first time when they scored a bucket on their first possession of the third quarter.

But Republic seized control by scoring 12 straight points, taking their biggest lead of the night, 41-31, only to see Joplin claw back to within five as the fourth quarter began.

The lead was never more than five points the rest of the way for Republic, but Joplin never got closer than two. With Republic leading 67-65, Drew McMillin tried to throw a pass over the top of the Joplin defense, but the Eagles intercepted it and had a chance to tie or take the lead with 30 seconds remaining. But with their leading scorer on the bench at the time, rather than take a time out, Joplin hurried and missed a shot, then traveled after getting an offensive rebound.

Ahlante Askew hit two free throws with 11.7 seconds remaining to push the lead back to four points, 69-65, but Joplin quickly scored again at the other end to get within two points.

With 1.9 seconds left, McMillin had two free throws and could have sealed the victory, but he missed both, and Joplin had to attempt a long shot in desperation instead of throwing it in from the baseline.

Ahlante Askew joined Drew McMillin in double-figure scoring with 10. All Wright had 28 points for Joplin, including 17 free throws.

Thirty-nine points would be a career high for 99% of high school basketball players. Not for Drew McMillin, who scored 39 points and probably never even had a passing thought that he was about to break any kind of record, after he scored 61 last month. McMillin had 17 at halftime, and he added 22 points in the second half to help Republic hold on, and he’s our Farr Better Player of the Game. 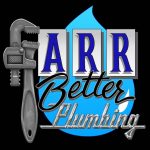