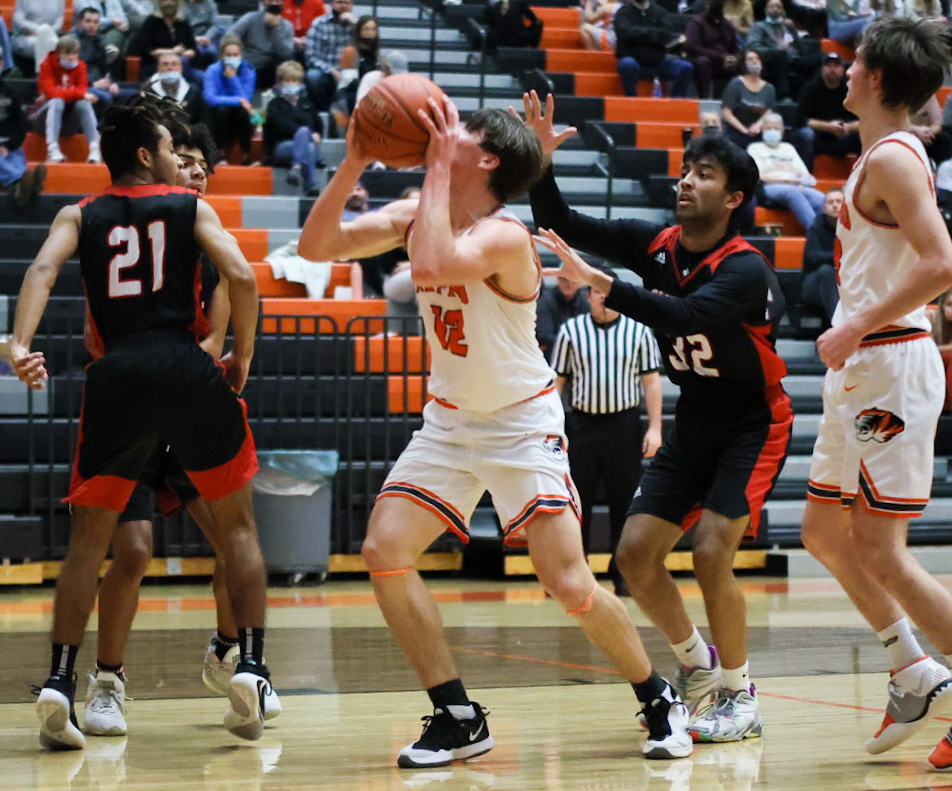 Avery Moody goes up for two of his 16 points against Central. (Photo by Steve Rackley / Flat Top Photos)

Republic honored its five seniors before the game, but it was junior Avery Moody who took scoring honors in leading the Tigers past Central 59-43 Tuesday. Moody cleaned up on the boards and took advantage of skillful passing from his teammates, scoring a career-high 16 points.

Coach Tim Brown started the game with his five seniors – Carson Neff, Dalton Parks, Drew McMillin, Tyson Young, and Oliver Welch – on the floor. The Tigers scored the first six points of the night, but Central freshman Antonio Fewell got hot and kept his team close. Fewell scored 11 points, including three three-pointers, in the first quarter to help the Bulldogs tie the game 16-16 at the end of the first quarter.

The next two quarters belonged to Republic in a big way. The Tigers outscored Central 18-4 in the second quarter, thanks to the best eight minutes of Moody’s varsity career. Moody repeatedly got loose on the low block, and his teammates repeatedly found him with passes there. By the time the quarter had ended, Moody had scored 12 points, giving him 14 at halftime. The Tigers led 34-20 at the break.

“That’s the Avery we saw in our tournament. He’s always blue collar. He always does the things that maybe don’t show up in a stat sheet, but he makes those winning plays,” coach Tim Brown said. “I felt like (tonight) he looked a little more fresh than he had, and hopefully we’ll continue to see those fresh legs from him and that productivity.”

In the third quarter, Republic outscored Central 13-7, stretching their lead to 20, at 47-27. Moody had just two points in the quarter, but they came on the play of the night: a behind-the-back pass from Ahlante Askew across the lane to Moody for a layup. 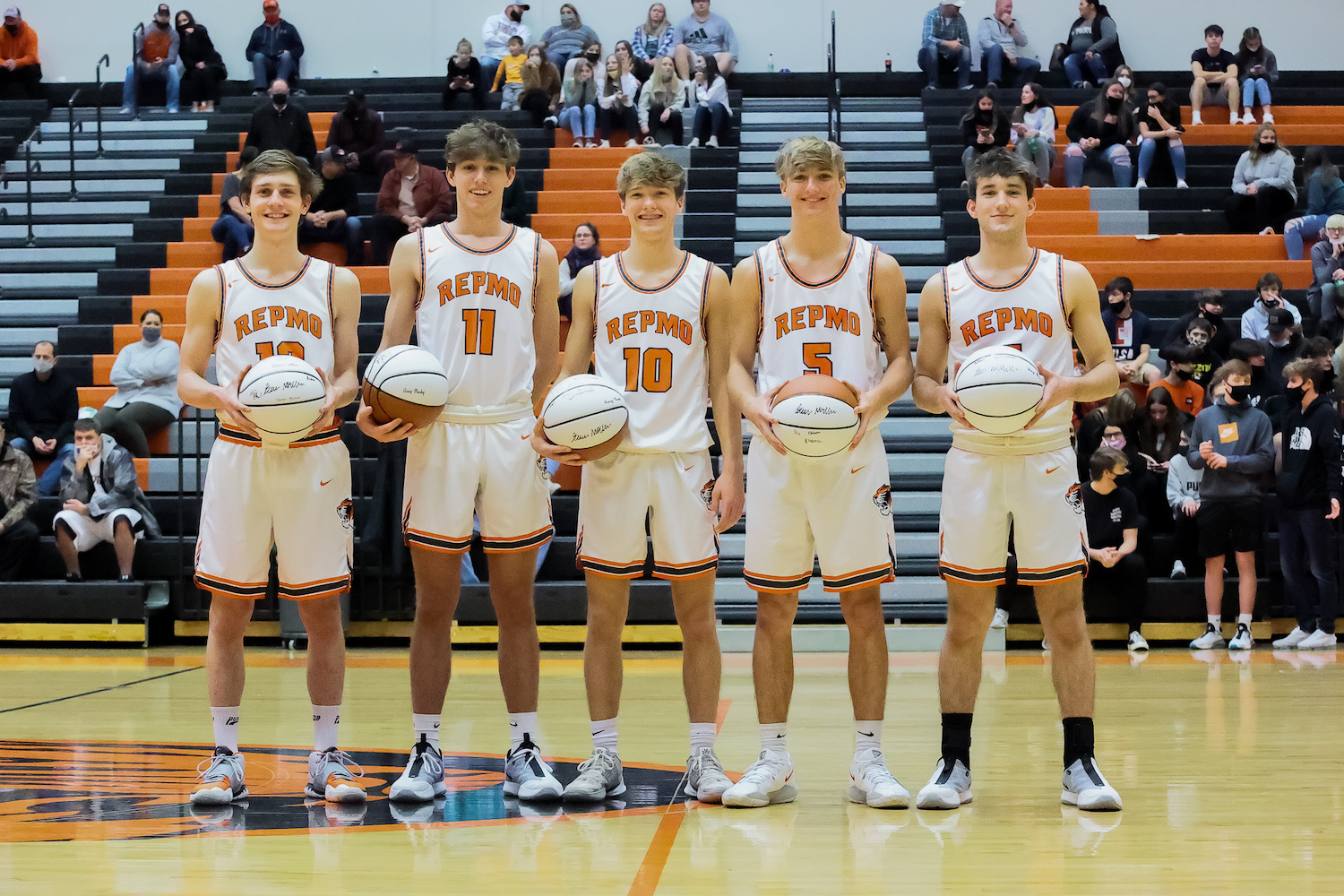 In the fourth quarter, with Brown giving playing time to different combinations of players, Central made enough shots to cut the lead into the low double-digits, but never got closer than that. Eight players scored for Republic, with Moody, Drew McMillin, and Welch finishing in double figures.

Before the game, Republic honored the class of 2021, and coach Tim Brown talked after the game about what they’ve meant to the program.

“Our senior class has a lot to do with a lot of the qualities that our basketball team has as a whole,” said Brown. “Those five guys are really close. They’re very caring. They care about each other and that’s kind of bled over to the rest of our team. We’re such a tight-knit group … and the majority of that stems from those seniors and they relationship they have as a group and that they’ve formed with the rest of the team.”

Republic is 11-1. The Tigers are off for a week, when they open Central Ozark Conference play at home against Neosho.

Coach Tim Brown talks a lot about Avery Moody’s ability to do the “little things” to help the team win. He did those again Tuesday night, but he also did a lof of the big things while he was at it. Moody scored 16 points, dominated on the low block, and helped the Tigers run away from Central in the second quarter. He scored 12 points during that eight minute stretch and finished with a team-high 16, and he’s our Farr Better Player of the Game.