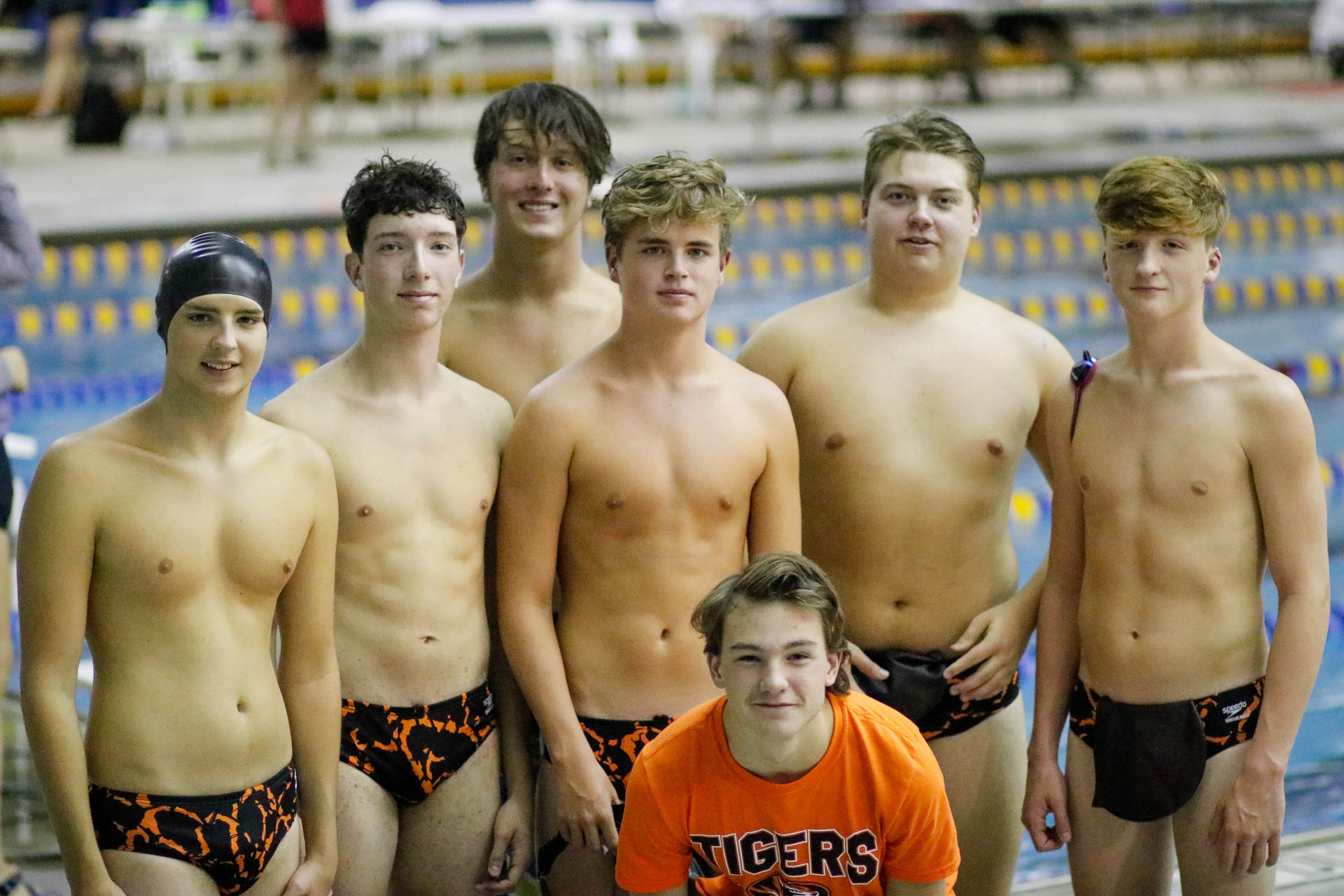 The Republic swim team made a splash at the All-Relays Swim meet–its first-ever competition.

To make history Tuesday night, Republic’s swimmers merely had to jump in the pool. But they did more than that, showing promise that they’ll compete as they dive into their first competitive season at the high school level.

The Tigers opened their inaugural season at the All-Relays Swim Meet in Springfield. After a fourth-place finish in diving, Republic finished seventh in the 200-yard medley relay –– the first-ever race by a Republic High School team. Bryce Martin (back), Shael Wilson (breast), Seth Lock (butterfly), and Easton Bruton (freestyle) turned in a time of 2:05.29.

In the 200-yard freestyle relay, the Tigers finished fifth out of 14 teams with a time of 1:48.47. Lock, Martin, Dylan Murray, and Justice Murray swam that relay.

Republic finished fifth of ten teams in the 100-yard free underwater relay. The Tigers also finished fifth in the 400-yard free relay with a time of 4:13.05. Easton Bruton, Seth Lock, Bryce Martin, and Shael Wilson were the team members for that race.

Republic’s best finish came in the 300-yard free relay, its last event of the night. The Tigers finished third with a time of 2:59.72. Bruton, Martin, Lock, and Wilson filled out that team.

Bryce Martin said swimming in the school’s first meet was “pretty cool. A little nerve-wracking since this is our first year. It’s pretty interesting.”

Martin and his teammates have joked about the fact that they will have plenty of opportunities to set and break school records as members of the inaugural Republic team.

“Every day we laugh about it,” he said. “Every time we swim, we get out and say, ‘That’s a new record broken.'”

The Tigers are back in action against Nixa at the Foster Natatorium in Springfield on September 13.