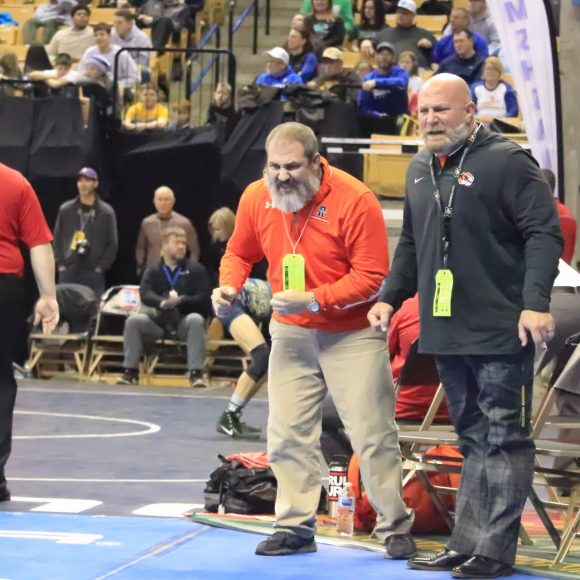 Less than a week ago, Republic’s three state-qualifying wrestlers returned home from Columbia. In addition to the two medals they brought home, they also returned with lessons they learned from their experience. (See photo gallery of individual matches below. Photos by Jared Lankford.) For Jonathan O’Connell, his second-place state medal 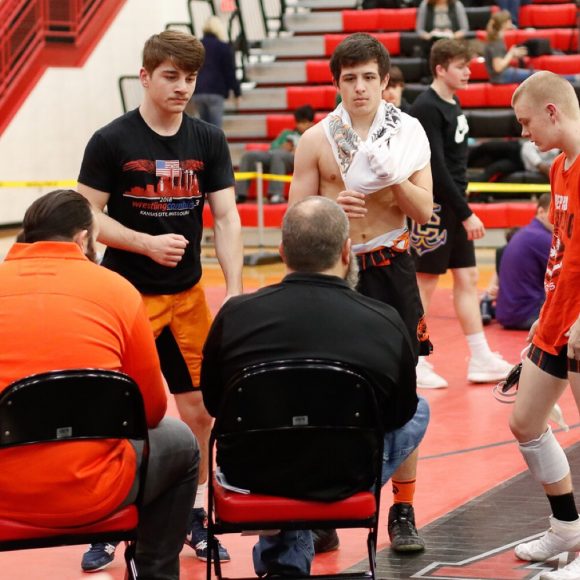 All three Republic wrestlers are still alive at the state tournament after the first day of competition. Two of them are in the winner’s bracket. Jonathan O’Connell and Wyatt George both won their opening matches in Columbia Thursday to advance to the second day. O’Connell (39-1) defeated Gavin Morawitz (29-14) 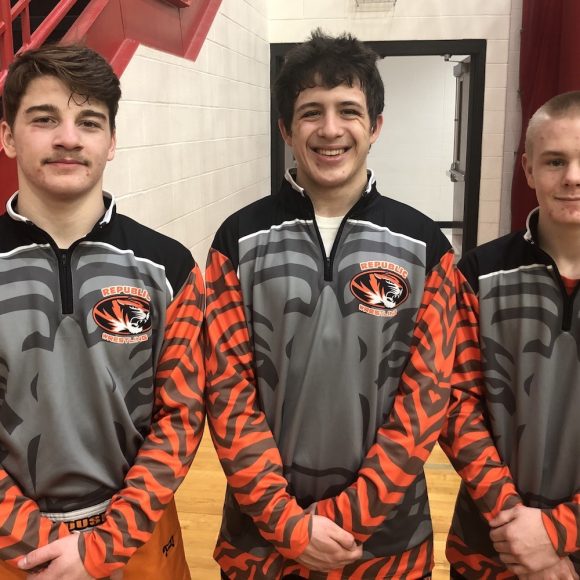 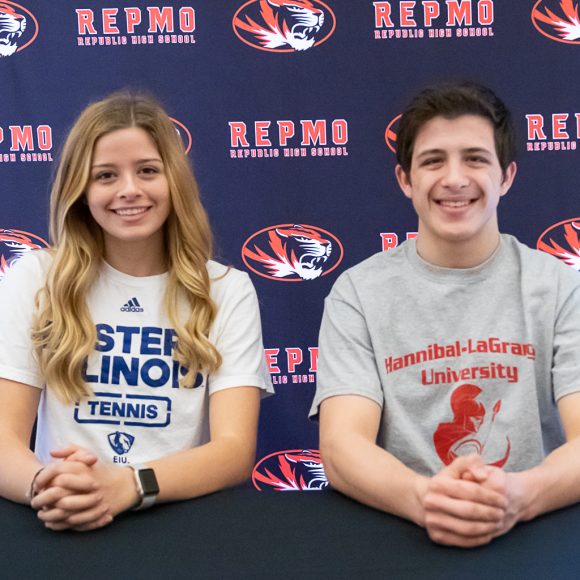 Two Republic athletes committed to continue their careers in college. Kaitlyn Snyder will play tennis for Eastern Illinois University, and Michael Taylor will wrestle at Hannibal LaGrange University. Snyder to Become a Panther Snyder becomes the first Republic tennis player to sign with a Division I program. She finished with 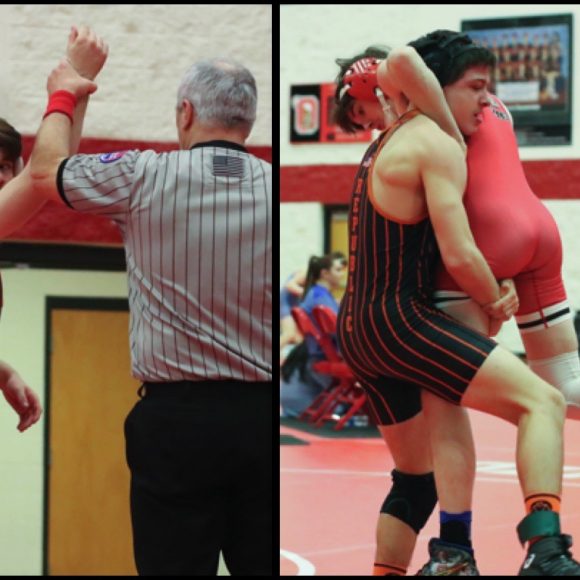 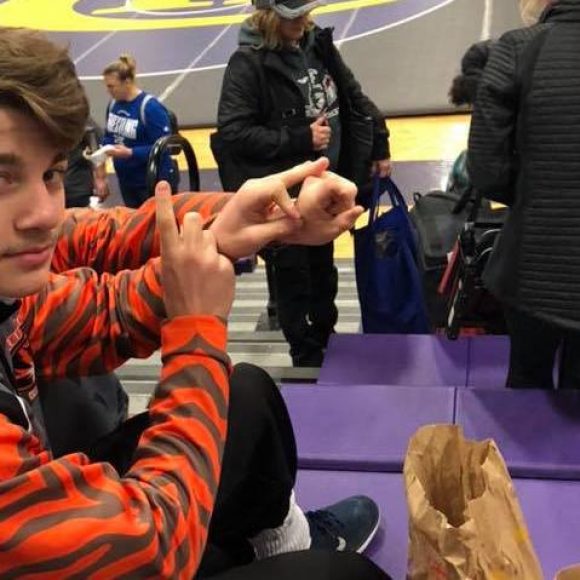 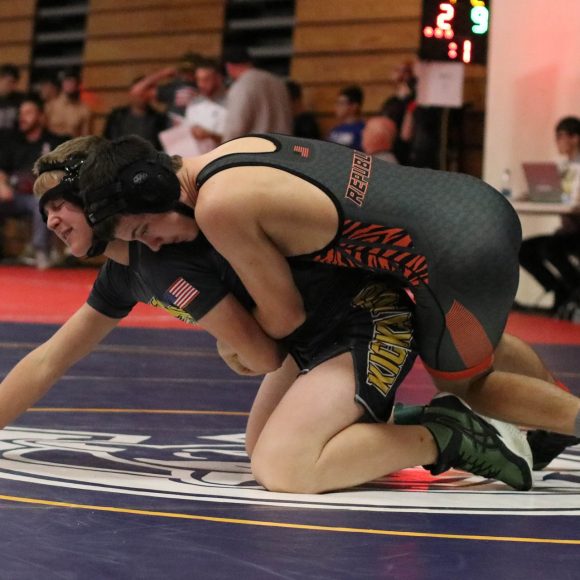 Michael Taylor and Jonathan O’Connell both finished the first day of the Kinloch Classic undefeated. Taylor won three matches in Friday competition, two by pin and one by forfeit. O’Connell pinned all four of the opponents he faced. Full results are printed below the photo gallery. See the full album 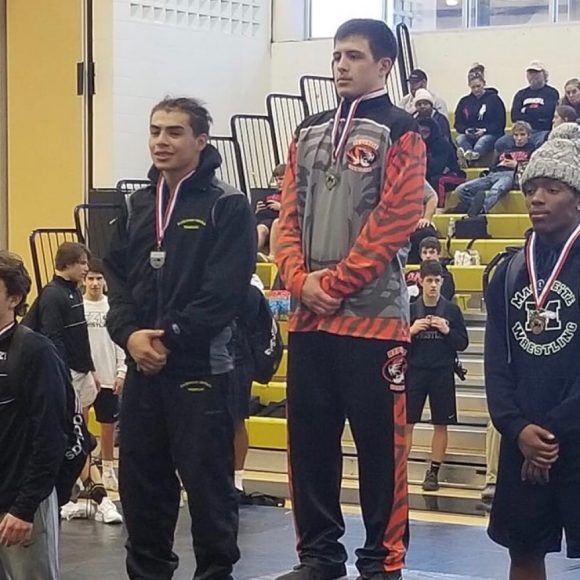 Republic senior Michael Taylor has his sights set on another trip to the state tournament at the end of this season. Getting there will require performances like he turned in over the weekend at Fort Zumwalt East in St. Louis. Taylor went undefeated, winning all six of his matches to 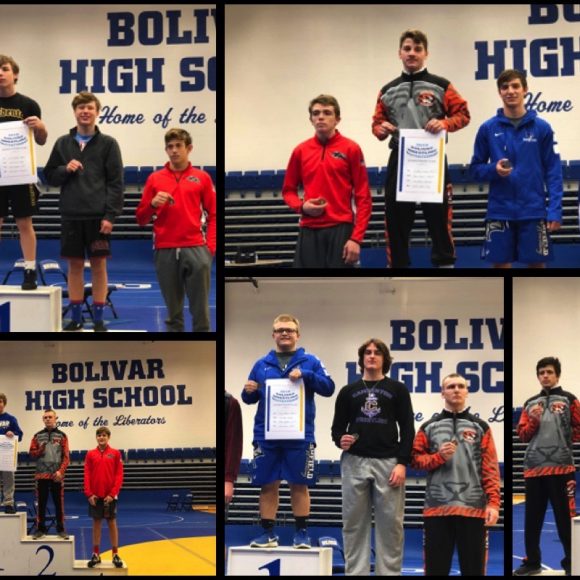 (Medal stand photos courtesy Chris O’Connell) Corrected to include Connor Visio, who took fourth place at 220. The Republic wrestling team started its season with five medal-winning performances at the Bolivar Tournament Saturday, including one champion. As a team, Republic finished sixth out of ten. Bolivar, Camdenton, and Marshfield finished 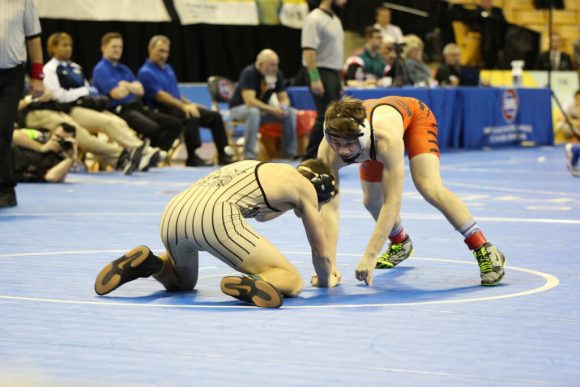