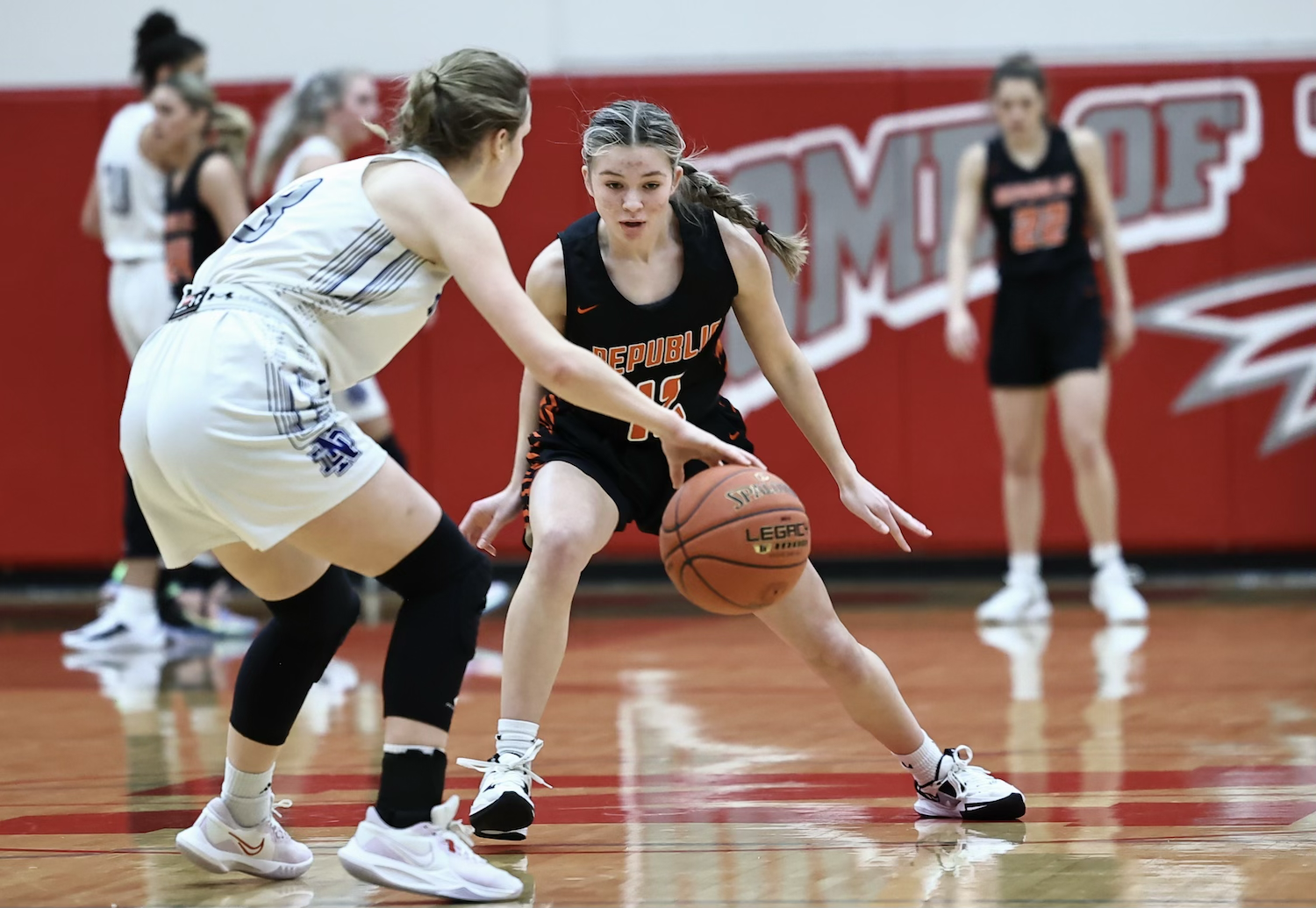 Saturday against Cape Girardeau Notre Dame (Class 5, No. 5), Republic was looking to rebound from its worst off of the season to Park Hill South. Instead, it looked for a few minutes like Republic had picked up right where it left off. The Lady Tigers scored just four points in the first seven minutes and struggled against the larger Bulldog lineup.

But a three-pointer by Molly Blades triggered an 11-0 run over the next five minutes, giving Republic a lead it would never relinquish in a 58-38 win for third place at the Nixa Invitational.

During that 11-0 run, Republic broke out a trapping defense that frequently forced Notre Dame to turn the ball over. And even when the pressure didn’t force a turnover, it sped up the Bulldogs in their half-court offense, leaving them off-balance and forcing them into low-percentage shots. Powered by the press, Republic held Notre Dame to seven points in the second quarer and took a 25-19 lead at halftime.

“From watching them on film and seeing them, we knew we were eventually going to turn it up a little bit,” Flood said of his defense. “I think it energized and gave us a little shot in the arm. We were kind of just lethargic, going through the motions.”

Flood said adjustments on the offensive end of the court also made a difference in the turnaround.

“We had expected a little more of a zone (defense), but they ended up matching up. So once we got that tweaked and started getting some baskets off the press, we had a really good second quarter,” he said.

Republic built its lead to double-digits in the third quarter, but a mini-surge by the Bulldogs got the lead back down to eight points after three, 40-32. But a 15-1 run to start the fourth quarter put the game away for the Lady Tigers.

Kaemyn Bekemeier finished with 24 points for Republic, and Lauren Chastain had 10 points, all in the second half.

“We had three hard games this week and we’re ready for some rest,” Flood said. “I’ve got a couple kids that are fighting some injuries, so we’re going to take a couple days off before we get ready for Strafford.”