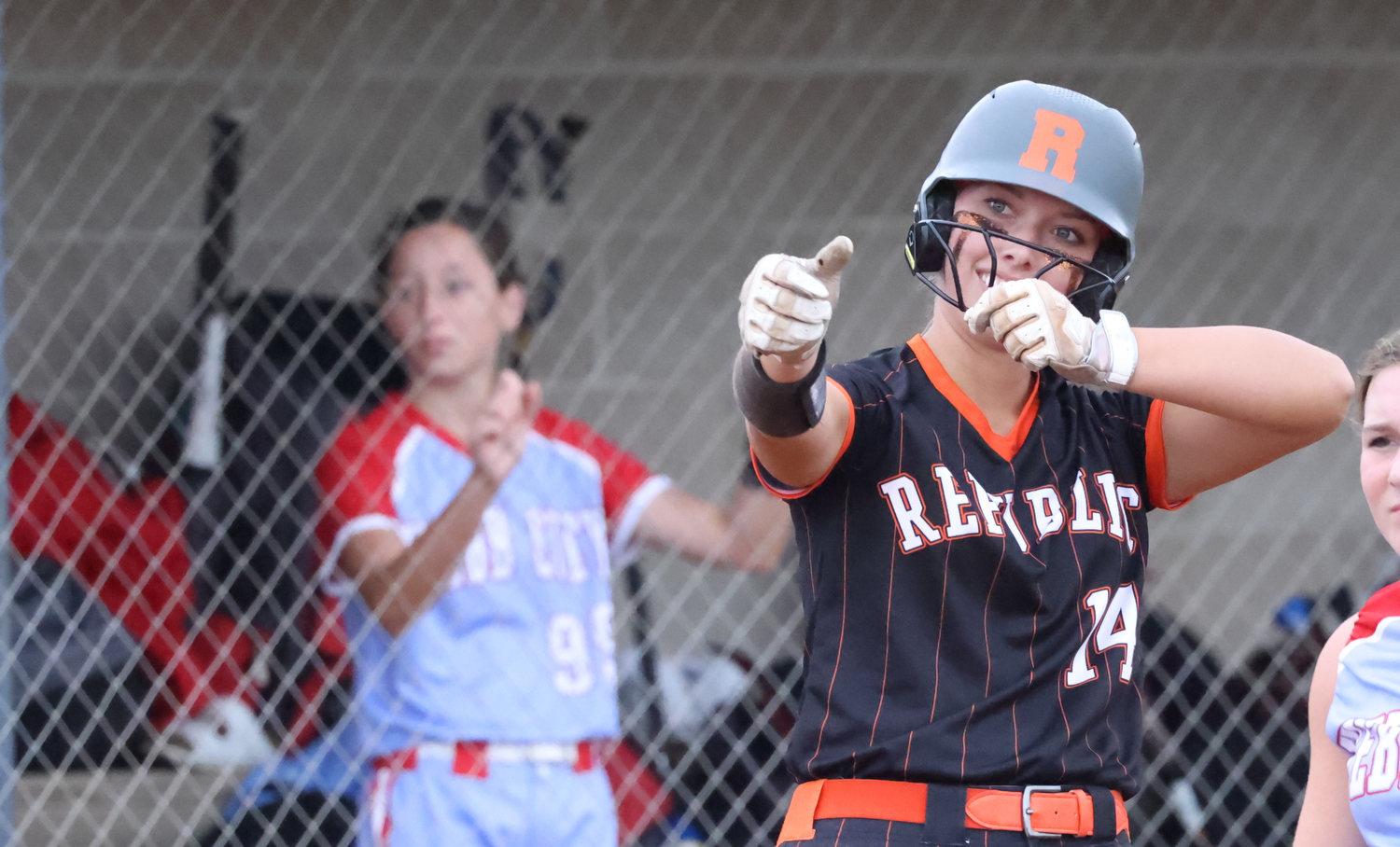 Senior EmmaLee Essary went 4 for 7 with a home run, a triple, and two doubles.

Webb City scored five runs in the top of the first inning, then Republic answered with six runs in the bottom of the first. And that was only a small taste of things to come. The two teams combined for 35 runs and 44 base hits before Webb City edged the Lady Tigers 18-17 in ten innings.

The Webb City win dampened the Senior Night celebration for Republic’s only senior, Emmalee Essary, who hit for the cycle and then some — finishing with a single, two doubles, a triple, and a home run. She drove in five runs and scored four times.

(Editor’s note: This paragraph has been edited to include an update to Essary’s stats. A first-inning line drive hit the base runner. By rule, she is credited with a single despite the base runner being declared out.)

“Emi’s in a tough spot, being the only senior along with a bunch of young kids,” said coach Lee Dishman. “But her positive leadership is what carries these young kids, and she leads by example. She does a wonderful job mentoring our young kids and showing them what it is to be a Republic softball player. With our grind of a season, she knows how to battle. These girls lean on her heavily for that.”

Gracie Woods had five hits in six at-bats for Republic. Annabelle Gerhardt-Hobbs, Addie Brown, and Sammi Watson each had three hits. One of Watson’s hits was a home run. Jenna Belcher also homered for Republic.

Piper Dishman was the losing pitcher for Republic, allowing 14 runs (13 earned) in 4 2/3 innings. Kara Goeke pitched 5 1/3 innings in relief, allowing four runs — none of them earned.

Republic led 6-5 after one inning, trailed 12-6 after two, and trailed 12-9 after three. Each team scored two runs in the fourth. Republic scored a single run in the fifth to make the score 14-12, but Webb City made it 15-12 with a run in the sixth.

Webb City finally broke the tie with three runs in the top of the tenth. Republic scored twice in the bottom of the tenth and had the tying run on base when the game ended.

Coach Lee Dishman said despite the outcome, he was pleased with his young team’s persistence after falling behind several times.

“Our offense was really good tonight. We did some things that we need to do a little better, but it’s a young crew,” he said. “Our starting pitching’s got to get better, but Kara (Goeke) came in on the back side and did a great job. It’s tough when you give up so many runs to keep coming back, but our offense did a great job of that and our dugout had a lot of energy, we just came up on the wrong end of the stick.”