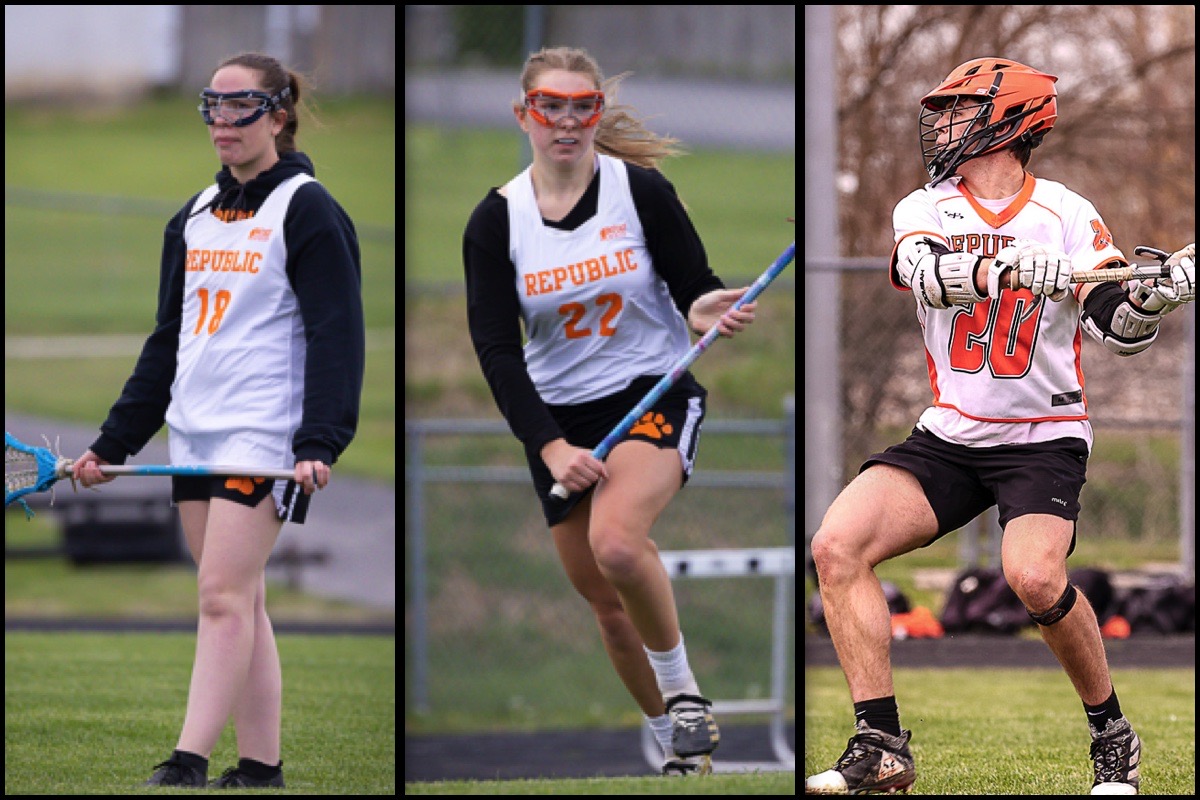 Three players in Republic’s club lacrosse program have committed to playing lacrosse at the college level. Avery Moody will play lacrosse at Rockhurst University. Anna Davidson and Arwen Ezell-McKinney will both play at Drury University.

Moody leads Missouri in scoring with 70 goals and 88 points as of this weekend. He’s a first-team all-state midfielder, and he will attend Rockhurst University in Kansas City next fall.

“The thing I enjoy about lacrosse is the thrill of the game and the ability to compete at a new level,” he said. “Rockhurst is a great school with a great group of coaches that I enjoy being around, and I also like the area around Rockhurst.”

From his time as a competitor in lacrosse, football, basketball, and track and field, Moody said he’s learned “the ability to work hard to obtain the goals you want to obtain. Anything is possible, and the ability to play sports at a high level is up to you.”

Anna Davidson has been playing lacrosse for four years, but because Republic’s girls team is the only one in southwest Missouri, she’s spent a lot of time riding to games with teammates, and she said that’s one of the things she’s enjoyed about her time playing lacrosse. “We also have a tradition of eating out together with families after the games,” she said. “I enjoy the aspect of being a team sport and having to rely on your teammates. why my team feels like a family to me and I will miss them all next year.”

Arwen Ezell-McKinney will join Davidson at Drury as it launches its lacrosse program, and that’s fitting, because Ezell-McKinney is a relatively new lacrosse player herself. She started during her senior year.

“Some of the girls who used to play (and have since graduated) have been trying to get me to play since my freshman year,” she said. “Since I didn’t have a softball team to play with this spring, I thought, ‘Hey, why not?'” … I fell in love with the game…”

Ezell-McKinney said she was already considering Drury for college, but when Drury’s coach came to practice and saw her wearing a Drury shirt, he convinced her to attend Drury to play in college.