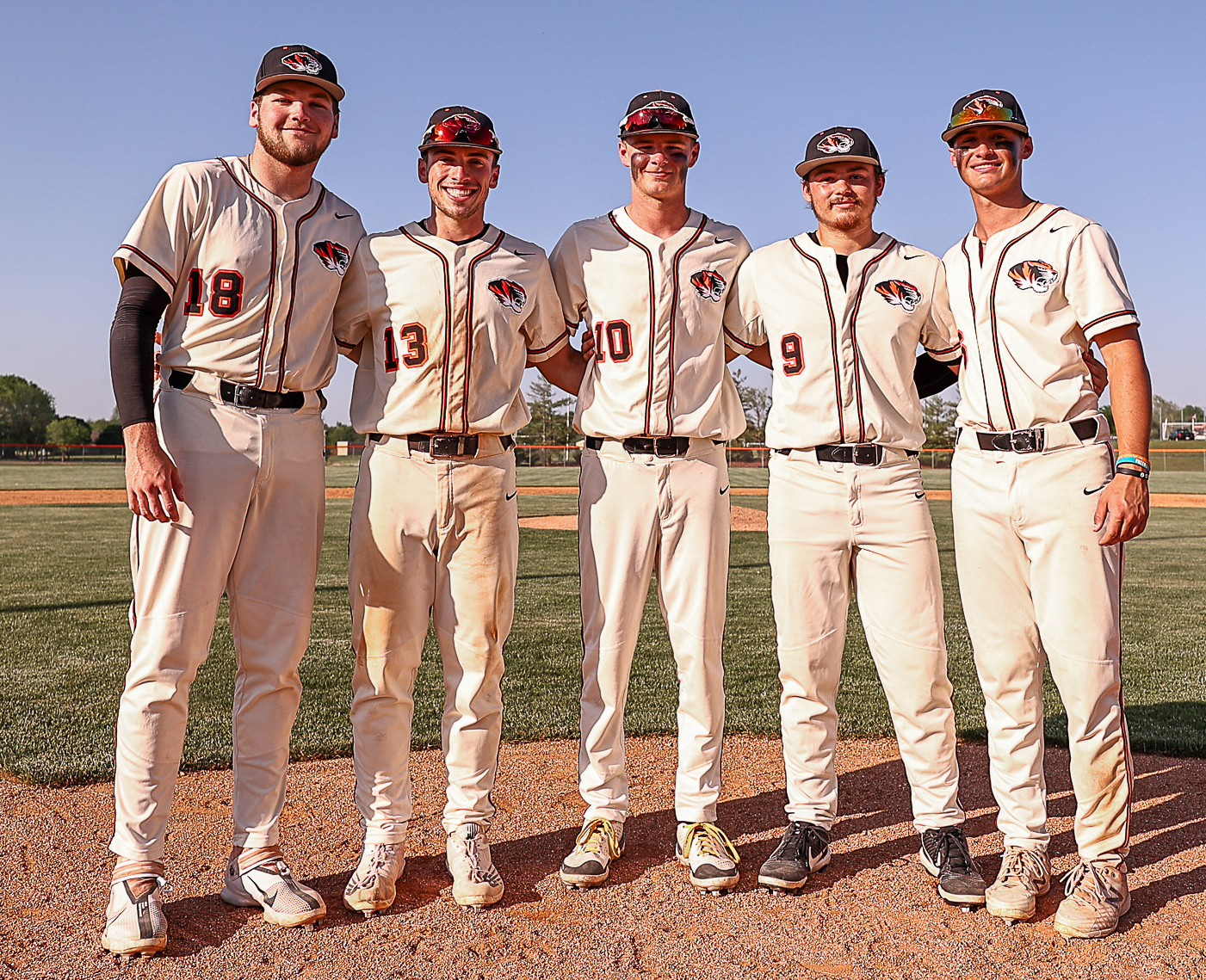 All five Republic baseball seniors started and all five got base hits in a 15-0 Senior Night win over Marshfield Thursday. The Tigers scored eight runs in the first inning and the outcome of the game was never in doubt after that. Republic added two in the second and five more in the third to trigger the run rule and end the game.

After the game, Republic honored five seniors: Mason Brewer, Adam Brown, Tyler Burks, Cole Iles, and Ace McWatters. Of the 15 runs scored in the game, the seniors scored nine of them. They reached base safely a combined 13 times in three innings.

“It’s not often that on Senior Night, you get them all out there and they all get a hit and you win a game like that,” said coach Curt Plotner. So it was awesome for them and I’m just proud that I got to spend some time with them.”

The Class of ’22 lost its sophomore season to the COVID cancellations, but Plotner said that didn’t hurt their enthusiasm for the sport of baseball.

“They all love the game. They all work hard at it,” he said. “Every single one of them has a good work ethic. They represent us the right way and they’re great kids to have in the program.”

Caide White started the game on the mound for Republic. He wouldn’t have needed to be very sharp to get the win, but he was anyway. White allowed just one base hit and struck out seven batters in three innings of work. He walked two.

Republic banged out 10 base hits and took advantage of nine Marshfield walks. Gavyn Beckner was the only Tiger with two base hits. Trace Harrington had three RBIs, thanks to a bases-loaded triple in the third inning that hit the base of the fence in left-center field.

The win guaranteed a third consecutive winning record for the Tigers, who improved to 15-13 as they wrapped up the regular season. Of Republic’s 13 losses, eight are to state-ranked teams, including Class 6 #1 Rock Bridge, #3 Nixa, #6 Kickapoo, and #8 Jackson.