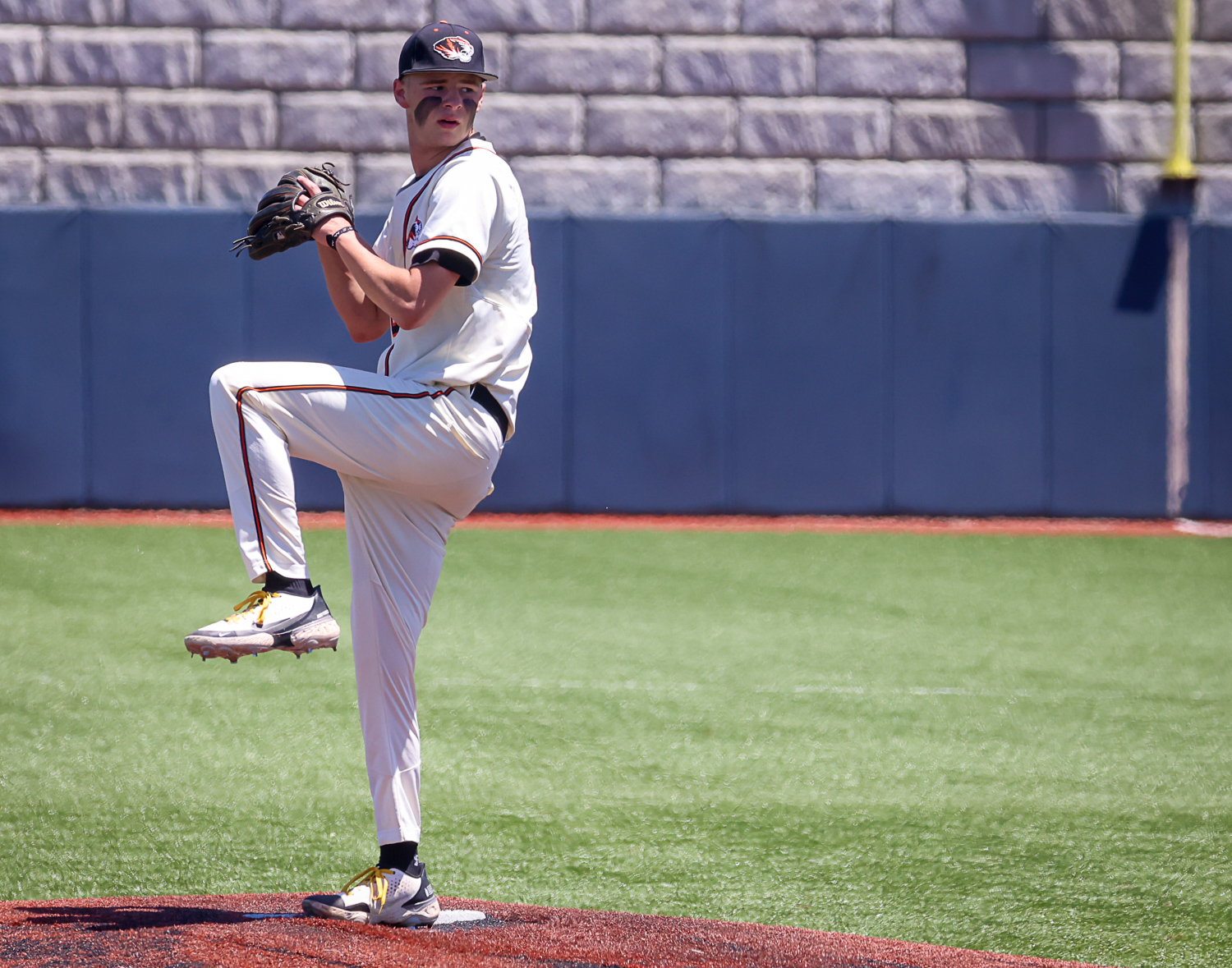 Republic’s post-season victory over Joplin looked a lot like the one in the regular season – but with more heroes stepping up. This time, it was Cole Iles who pitched a complete-game shutout at Joplin, allowing just two hits in a 5-0 win. Gunner Ellison knocked in a couple of runs early and Trace Harrington slugged a two-run homer to help the Tigers reach the district semifinals.

In the first meeting between the two teams, Gavyn Beckner pitched a shutout, and he also had a hand in all three of Republic’s runs in a 3-0 win. This time, he got in on the act again with an RBI double that came within a foot of clearing the left-field fence. That double scored Connor Sandridge to finish off the scoring, and it was more than enough for Iles, who pitched one of his best games of the season.

From the start, Iles was in command. He threw eight pitches in a 1-2-3 first inning – seven of them for strikes. Joplin managed a pair of singles in the second inning, but neither of them reached the outfield, and those were the only hits of the game for the Eagles. Iles walked two and struck out four, and 61 of his 93 pitches were strikes.

Republic scored first in the bottom of the second inning. (Even though the game was in Joplin, the Tigers were the home team, batting last, because they were the higher seed in the tournament.) Harrington singled with one out, Tyler Burks and Garrett Lester were both hit by pitches, and Ellison delivered a bases-loaded single to center field to put Republic on top 2-0.

In the fourth, the first two batters were out, but Ace McWatters walked and Harrington blasted his second home run of the season over the fence in left. That put Republic ahead 4-0.

In the fifth, Republic scored another run with two outs when Sandridge walked and scored on Beckner’s double.

When Burks was hit by a pitch in the second inning, it was the 15th time this season he’s been plunked. That moves him into a tie for 12th place all-time on the single-season list, according to the MSHSAA record book.

The win improves Republic’s record to 16-13. The Tigers, seeded fourth, advance to play top-seeded Nixa in the district semifinals Tuesday in Joplin. The game is scheduled for 4:00.