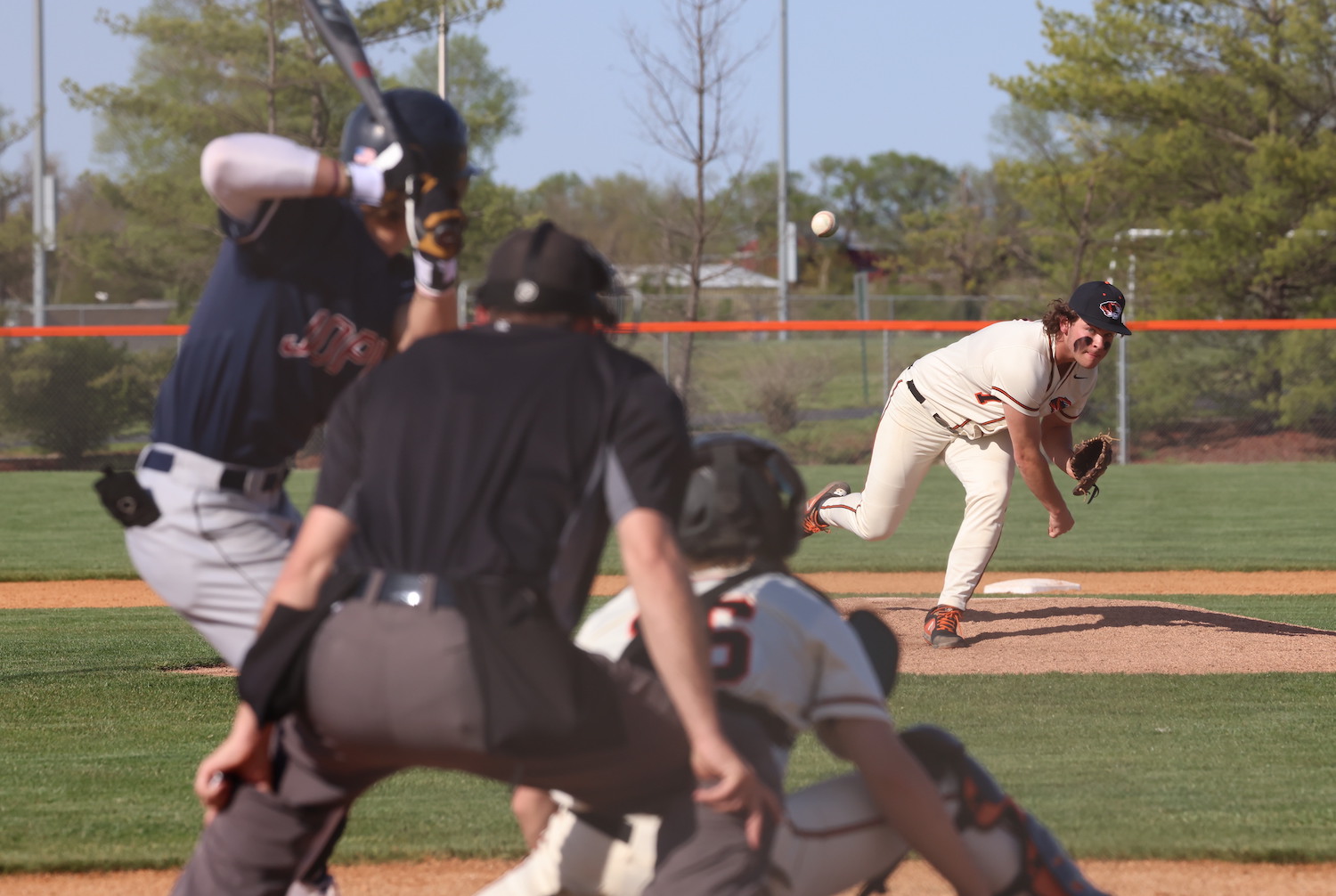 Beckner Does it All to Clip Eagles

Gavyn Beckner didn’t just do a little bit of everything to help Republic beat Joplin Wednesday night – he did a lot of everything. Beckner pitched a complete game shutout, allowing just four base hits. He had two base hits, drove in two of Republic’s runs, and scored its third in a 3-0 win at home.

“I knew it was a big game, because it was a conference game and a district game,” Beckner said. “So I just came in really wanting to win this game… mainly for district purposes, so we can get the higher seed.”

Beckner gave up a one-out single in the top of the first inning, but by the time he returned to the mound in the second, the Tigers had already taken a 1-0 lead with the help of two walks and a hit batter. Beckner scored the run himself on an RBI groundout by Trace Harrington.

With a one-run lead, Beckner said he was able to relax as he returned to the mound.

“It makes me stay calm on the mound to know that I’m pitching with the lead,” he said. “I get really relaxed when I have the lead, because I know my team’s got my back.”

Republic added another run in the fourth inning when Beckner singled home Gunner Ellison, who had reached on a single earlier in the inning. In the sixth inning, Republic made the score 3-0 when Connor Sandridge doubled and Beckner singled him home.

Meanwhile, Beckner continued to cruise on the mound, depending on his defense.

I pitched good, but hit me. I didn’t have as many strikeouts as I usually do, and my team backed me up,” he said.

Beckner struck out four and walked two to get the win. Ethan Guilford pitched six innings for Joplin giving up three runs on eight hits to take the loss.

Republic improves to 12-10 overall, and 5-2 in the Central Ozark Conference. The Tigers play league leader Nixa next Tuesday on the road.