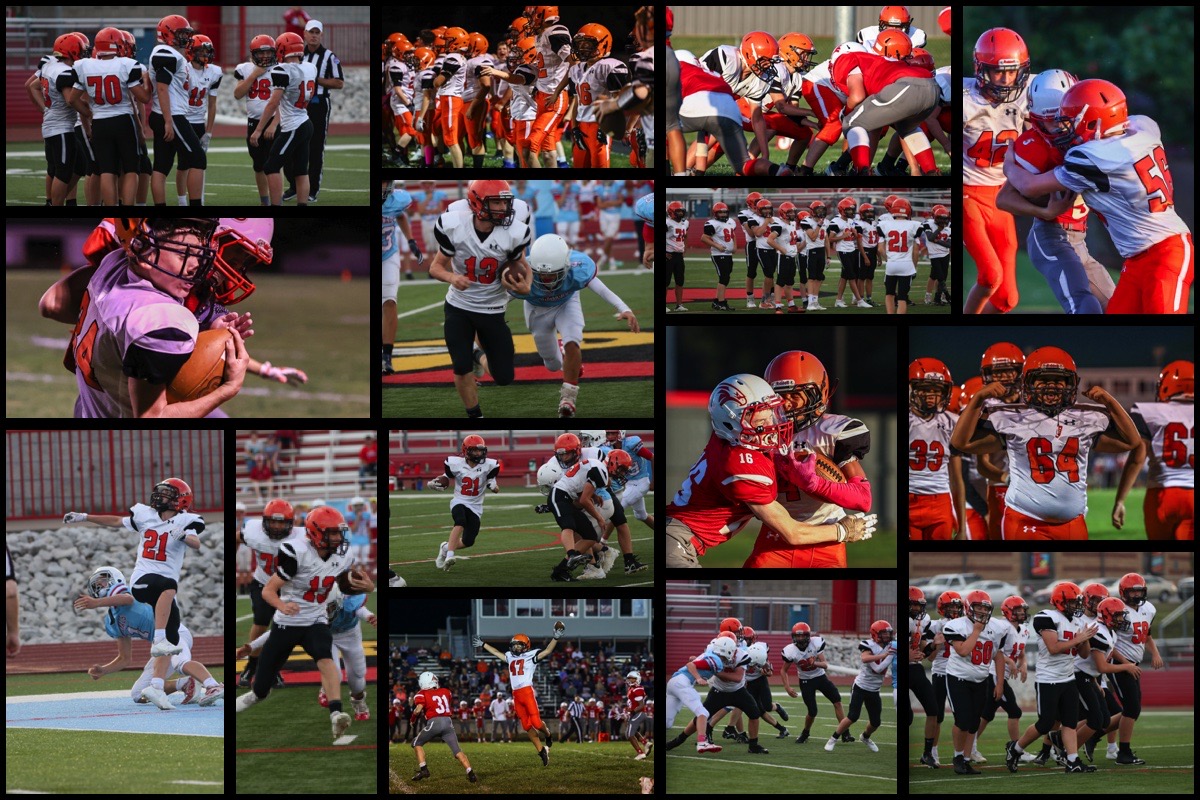 Look to the Future: Season of Changes for RMS Football

The high school football teams aren’t the only ones who implemented big changes during their fall season just concluded. The arrival of a new coaching staff at the high school also shook things up for Republic Middle School.

Philip Klaproth coached the 8th grade team, and helped put some of those changes in place at the middle school level.

“Implementing Coach Cornelson’s new system has been a really exciting process. There is a lot of new information to digest, but once you get it down it’s a fun system to work within,” Klaproth said.

Craig Collins, the head coach of the 7th grade team, said the cooperation with the new high school staff started in the summer.

“The High School Staff ran the summer camps for our 7th and 8th graders this year and they were very welcoming and gave us any and all information we could get our hands on,” Collins said. “They’ve been very helpful and they are much appreciated.”

Klaproth and Collins worked closely with the high school coaches to keep the middle school systems as close as they could to what players will be running when they move onto the high school level.

“We’ve collaborated with the high school staff to make sure we’re implementing offensive and defensive schemes as accurately as possible,” Klaproth said. “We want to make sure we are setting these kids up for success when they transition into high school.”

A high point of the 2021 season for Collins was “seeing those kids’ smiles and feeling the positive energy after they earned their first ‘W’ of their junior high careers against Carl Junction.”

Klaproth said the 8th grade team went through an up-and-down season, but kept a positive attitude throughout, and that’s what he’ll remember most about his players.

And beyond high school, Collins said the goal of coaches is to instill values that help players succeed after they’ve stopped playing football.

“The main goals for this team were to become better men for life, and then master the skills and drills that will help them be successful in football at the high school level,” he said. “They have certainly become better men and they are well on their way to mastery of the skills and drills that will allow them to shine under those Friday Night Lights.”

Our Look to the Future features are sponsored by VisionHealth Eye Center.