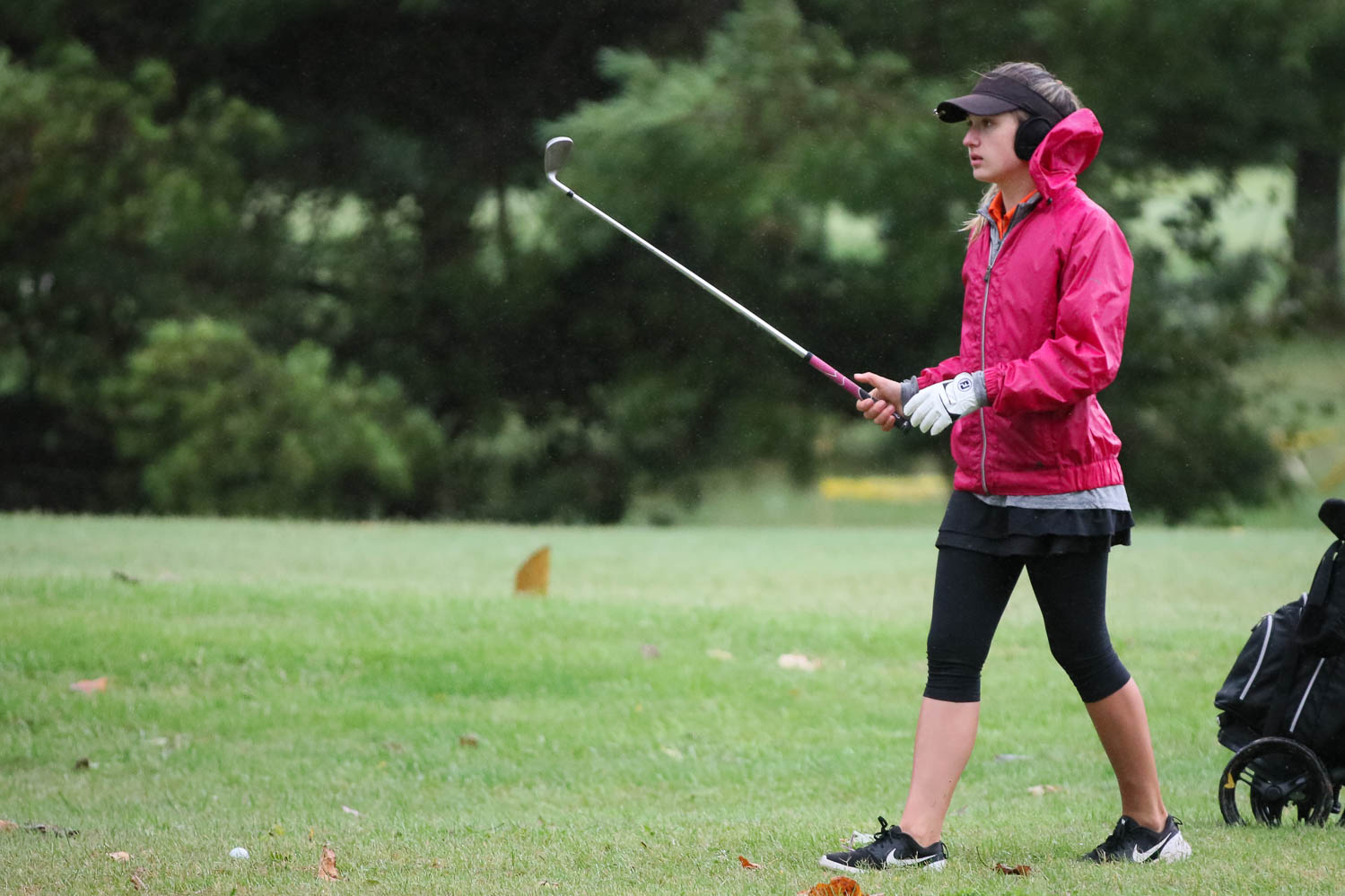 Izzy Does It: Freshman Benson Bound for State Tournament

Republic freshman Izzy Benson wasn’t about to let a little rain, wind, and cold shut down her game at the Class 3 District 3 golf tournament in Springfield Monday. She finished with a 91 – placing 11th overall, earning all-district honors, and winning a spot in the state tournament next week.

“I approached the day with an open mind because I’ve played in rain and cold before, and I’ve practiced, and I know what my ability is,” Benson said. “I went into the day with the… best attitude possible.”

Playing at Bill and Payne Stewart Golf Course in a swirling wind of more than 25 miles an hour at times, and with rain falling throughout the morning, Benson nevertheless got off to a quick start, posting a score of one-over par through three holes. She said that set the tone for the rest of her round.

“It definitely got my hopes really high, because those first three holes were the worst weather conditions. After the rain stopped and it got a little bit warmer, I got my hopes a little bit higher, meaning I could finally hit a solid shot,” she said. “Considering the conditions, I’m really happy with how I played.”

Coach Curt Plotner said the district performance was indicative of the way Benson’s season has gone.

“She’s gotten better every time out,” he said. “She hasn’t had a round over 100 yet, which is pretty impressive for a freshman.”

Benson, who took sixth at the Central Ozark Conference Tournament last week, is the first freshman girl to qualify from Republic since Baylee Rayl did it in 2010. (Article here.)

Benson was the only state qualifier from Republic. Lena Mais and Riley Gipson fell short of the cut in wrapping up their seasons.

The Class 3 state tournament is scheduled for next Monday and Tuesday at Meadow Lake Acres Country Club in New Bloomfield.

“It feels really cool knowing that I can make it all the way to state as a freshman, and knowing I can only get better,” Benson said. “My hope is to play to the best of my ability (at State) and hope that I can continue getting better and better through my high school career.”