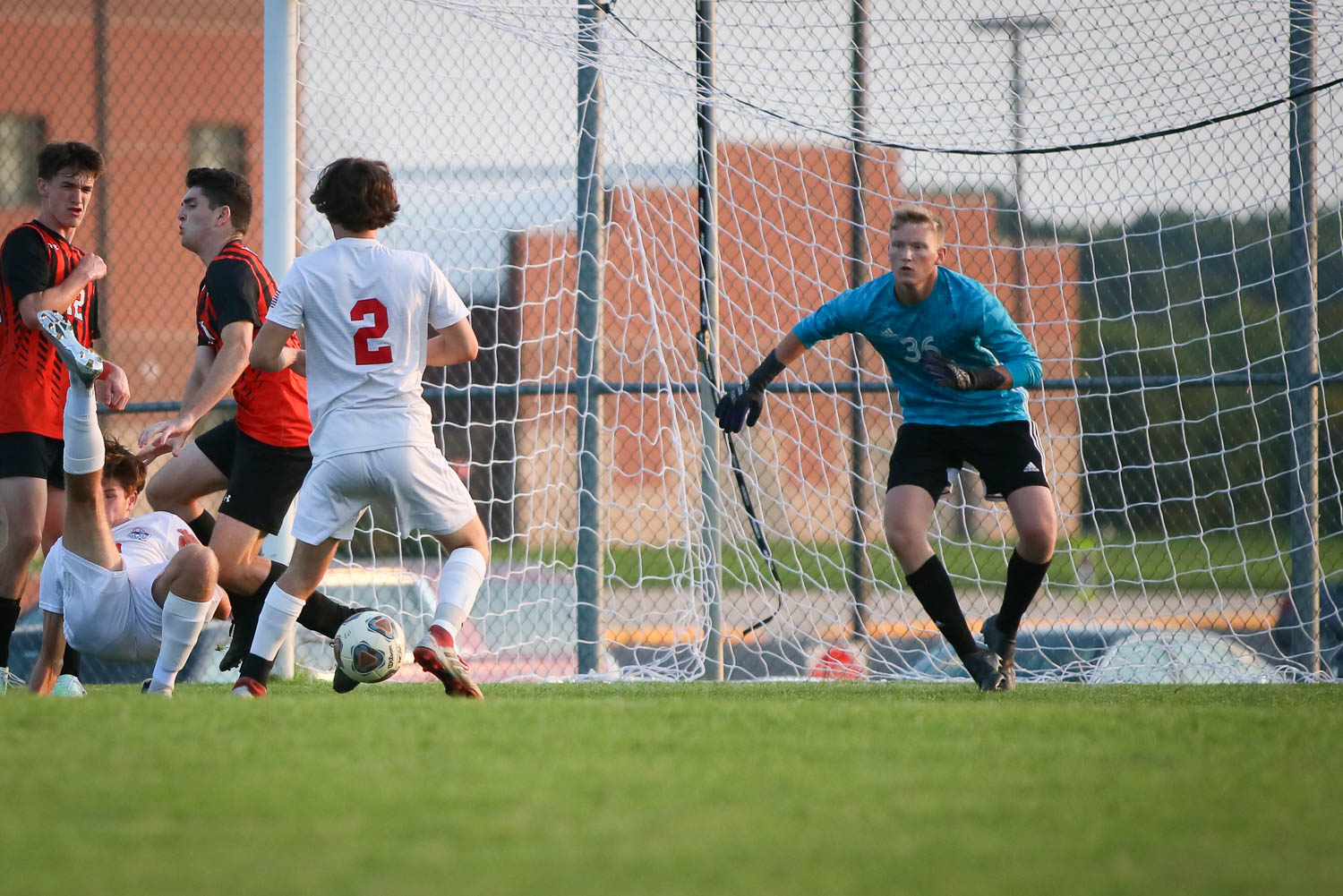 Republic Goes Down Fighting to Falcons

Springfield Glendale scored two goals in a 36-second period early in the first half, but it took another 60 minutes to finally take control of the game in a 3-1 win at Republic Wednesday. Carson Tittsworth put the ball into the net with 3:36 remaining to take the pressure off the Falcons defense, after Republic had fought back to get within striking distance.

The game started poorly for Republic, with Glendale controlling the pace of play and controlling possession. The Falcons got past the defense to put pressure on Republic goalkeeper Drake Lightfoot several times, and finally broke through when Cayden Meyer scored with 29:03 remaining in the first half. Less than a minute later, Andrei Balanean scored again for Glendale to make the score 2-0.

But despite the early push, Glendale couldn’t stretch the lead any further, and when Diego Zuniga streaked up the field and punched the ball past Glendale’s advancing keeper with 20:25 remaining in the game, Republic got a new burst of energy. For the next 17 minutes, the Tigers kept the pressure on, managing several good scoring chances, but they were unable to score. Tittsworth’s goal finally helped Glendale put the game away.

“I think this is a good learning tool for us,” said coach Kevin Hauck. “We’ve got some good kids who are playing first-year varsity… so I think we’re just learning to play together, but learning how to finish games, as well.”

The most encouraging sign for Hauck was his team’s continued fight despite falling into an early hole.

“Glendale is an extremely good team. We’re down 2-0, and we don’t give up. We continue to battle. That’s something we talked about before the game, is mentally staying in games and not putting our head down when something goes wrong. And I thought we did that tonight.”

Hauck had hoped his offense would adopt a more aggressive style this season, and he saw glimpses of that in the second half.

“We were able to get a goal, and we challenged… to tie it late in the game. We got some good opportunities that just didn’t work out, but I’m really proud of them,” he said.

Glendale improves to 2-0. Republic is 1-2. The Tigers travel to Sedalia Thursday for a game against Smith-Cotton.

The Tiger defense allowed three goals to Glendale’s strong offense, but it’s hard to blame goalkeeper Drake Lightfoot. Lightfoot made save after save, some of them spectacular, to keep Republic in the game. After Republic pulled to within a goal in the second half, Lightfoot’s work seemed to get even better, as he fought off several Glendale attacks to keep the game close until the final score finally sneaked past him. For his effort, he’s our Farr Better Player of the Game.