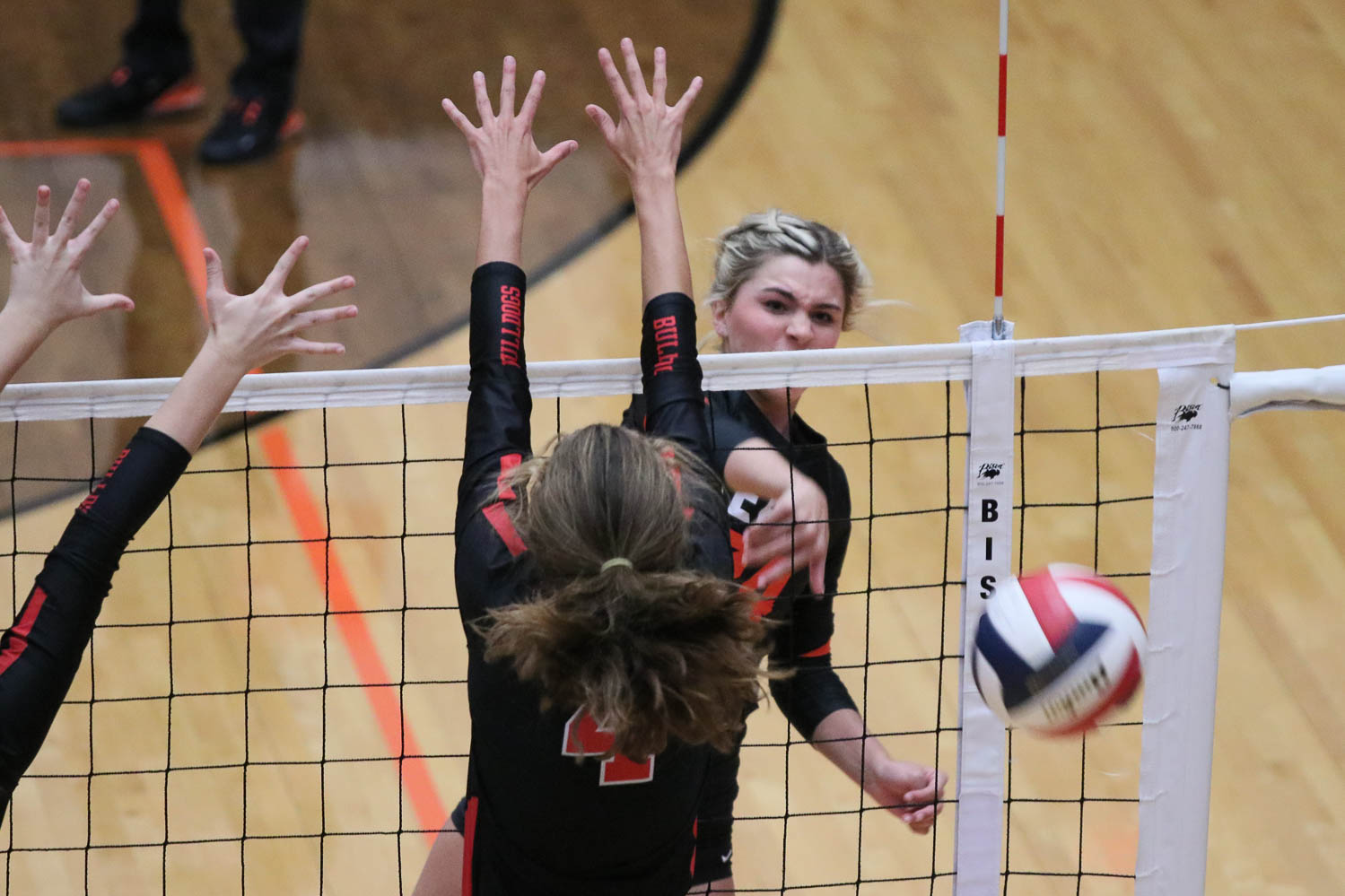 Kaemyn Bekemeier hits the ball down the line in the first set against Springfield Central.

When Springfield Central stormed to a big lead in the first set Monday at Republic, the Lady Tigers immediately responded with a rally of their own. Trailing 19-9, Republic won 14 of the next 19 points to pull within one, 24-23. But the Bulldogs won the crucial point to hold off Republic’s charge, winning the first set 25-23.

Another team might have been deflated after seeing its comeback fall short, but not the Lady Tigers.

“I think is a concern, but I just know how good a team they really are,” said coach Allison Davis. “I’ve seen us playing our best, so I know we’re capable of so much more.”

Claxton, a sophomore, had a big service night, putting together two long strings of points late in the match. That included six consecutive points after Central had closed to within five in the final set.

“She’s just a consistent server. She’s a good athlete. Seeing her play JV gives me the confidence that when somebody is struggling, put her in a varsity game and she doesn’t get nervous,” Davis said. “I don’t know if she is really nervous or not. She doesn’t seem like she is, and that’s what I love about being able to put her in.”

Payge Plank had a season-high 49 assists. She’s topped 40 assists in each of the Lady Tigers’ last two matches. She had 42 against Camdenton.

The JV and freshman teams also won their matches, both in two sets.

Republic has won three straight, and improved its varsity record to 7-3.