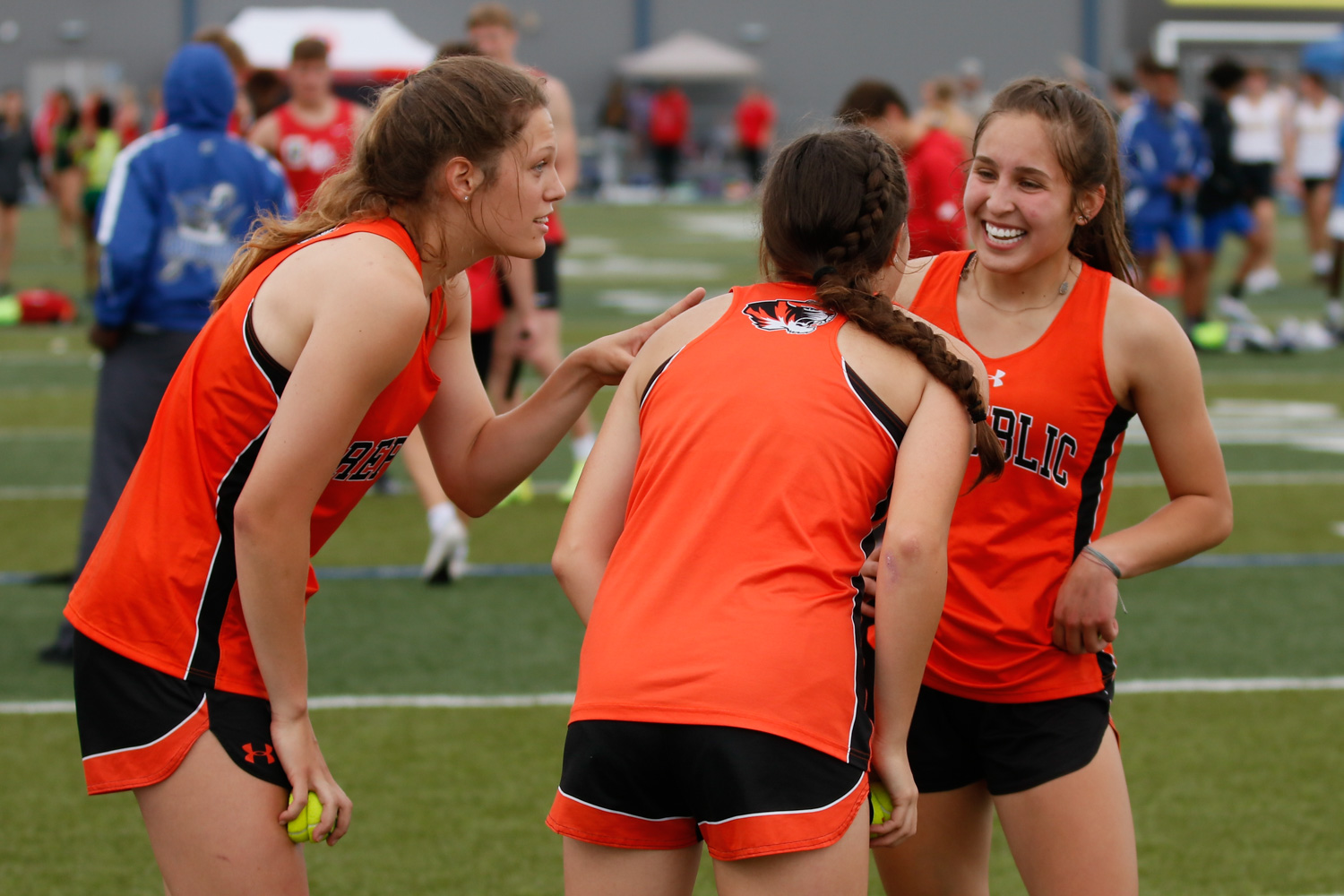 Ten Republic athletes are headed to the state track meet in Jefferson City Thursday. Nine girls and one boy qualified for the state meet at sectionals in Carthage Saturday. They include members of three girls relay teams: the 4×200, the 4×400, and the 4×800.

Jasmyn Douglas was Republic’s only event winner at sectionals, finishing first in the 800 meter run and qualifying with two of the relay teams, as well. Freshman Kristin Probst also advanced in three events: two relays and the 400 meter dash.

“I did not expect going in this year that it would turn out like this, but I’m glad I joined track and I’m glad I’m here,” said Probst, who needed some convincing to join the team. She said coach Tori Mooneyham worked the hardest to persuade her to run track.

“I wasn’t sure if track was really something I wanted to pursue. I did it in middle school and I kind of thought it was not a very fun sport. I did not want to do it again, but after some convincing, and just rethinking my decisions, I decided that maybe I’ll go out and just see how it goes. I’m glad I did.”

Douglas, Probst, and 4×800 meter relay teammates Miha and Misora Nambara got the day off to a strong start by qualifying in the first event. They finished second, running the race six seconds faster than at districts a week ago.

Republic’s 4×400 relay team set a new school record in finishing second. Douglas, Gracie Woods, Alaina Norman, and Probst ran their race in 4:06.73. That shaved five seconds off their previous best time, and it beat the previous school record (set in 2018 by Lawson Tunnell, Delaney Smith, Avylina Powell-Qualo, and Douglas, then a sophomore) by eight-tenths of a second.

Douglas said she was most nervous for her individual event, the 800 meter run. But after qualifying in the 4×800 and her individual 800, she was eager to run the last event of the day, the 4×400.

“I was so excited because I knew all of us just had to run the fastest that we could, and we did, so it’s really exciting,” she said. “We were not going for the school record at all, but that is definitely a bonus.”

AJ Fenske qualified in both the discus, where she finished third, and the shot put, where she was fourth.

“Unbelievable,” she said. “If you told me this a week ago, I would have laughed in your face. I never thought I would be able to make it to state, which has always been a dream of mine.”

But Fenske said despite those doubts, at the beginning of the competition Saturday, “I felt like I was going to have a good day, and having that feeling to start the day off, it gives you motivation to come through and makes you feel like you can do anything. Even if I have three bad throws, that fourth one can always come out and put you in fourth.”

Devon McMillin is the only boy from Republic to qualify, and he advanced in the 400 meter dash. McMillin was not ranked in the top four going into the race, but he didn’t let that bother him.

“I looked at the list, and all the times were so close, I knew it was going to be a dogfight and the ranked number didn’t matter whatsoever in my head,” McMillin said. “I knew everyone was going to be sub-two minutes, and I knew on that last stretch it was going to be close. I knew I was going to give it everything I had. It was my only event for the day, and that’s how I went into the race.”

Kaitlyn Ragsdale roared back from a disappointing finish in the 100 meter hurdles, where she was one of the favorites, but clipped a hurdle near the middle of the race, finishing seventh. She stepped up to finish second in the 300 meter hurdles, despite being ranked seventh. That allowed her to qualify in two events. She was also part of the 4×200 meter relay team that finished fourth, along with Woods, Norman, and Jenna Belcher.

The state track meet is scheduled for Thursday in Jefferson City.