After not playing for over two and a half years, Republic soccer senior Clara Fronabarger has wasted no time getting back into form in her final high school season. She’s gotten off to a red hot start and has led the team to a 2-2 start.

Fronabarger went down early in her sophomore year with a torn ACL and then had her junior season canceled due to COVID-19, and she admitted that there was a little nervousness regarding the first game of the season.

“I could tell there was a little nervousness, just because we’re so young and there’s been a gap year and… it’s been a while since we played together,” she said. (We were) just trying to keep the nerves down, keep it calm, but we were definitely excited.”

But despite the big gap, it took the William Jewel commit just three minutes before scoring her first goal of the season against Logan-Rogersville on the 25th, and it would be the first of many over the next week and a half.

She scored another against Logan-Rogersville a few minutes later, leading the Tigers to an opening day 2-0 win over the Wildcats, and netted two more on the 30th in a 7-0 win over the Parkview Vikings. The Tigers lost 1-0 against Rolla on Wednesday but looked to bounce back against Sedalia Smith-Cotton.

Down 3-0 in the first half, Fronabarger stepped up to take a free-kick to try to get the Tigers back into the game. From 30 yards out, she curled the shot into the top right-hand corner of the goal, missing the Smith-Cotton goalie by inches and hitting the crossbar and the side post before going into the back of the net.

Her second goal of the game was even more impressive. Down 5-2, Fronabarger settled a throw-in from about 30 yards out, turned, and launched the ball in towards the goal. The high arcing shot floated into the top of the gaol to make the score 5-3.

Fronabarger completed the hat trick just a few minutes later, taking a cross from Molly Blades and firing it into the net to make the score 5-4.

In the last minute still down by 1, Fronabarger threaded a through ball in, missing a plethora of Smith-Cotton defenders on the way, that ended up just inches in front of Republic’s Sarah Hicks who was cutting towards the goal on what almost certainly would’ve tied the game up at 5, and Republic’s comeback attempt fell just short.

Fronabarger’s play through these first four games, and especially the most recent one against Smith-Cotton, has been unbelievable. She creates turnovers, sets her teammates up, out dribbles everybody, and yes, scores a lot of ridiculous goals. The Lady Tigers have a good young team that is set to make some noise in the area before the season is over, especially if Fronabarger continues to play as she has so far. 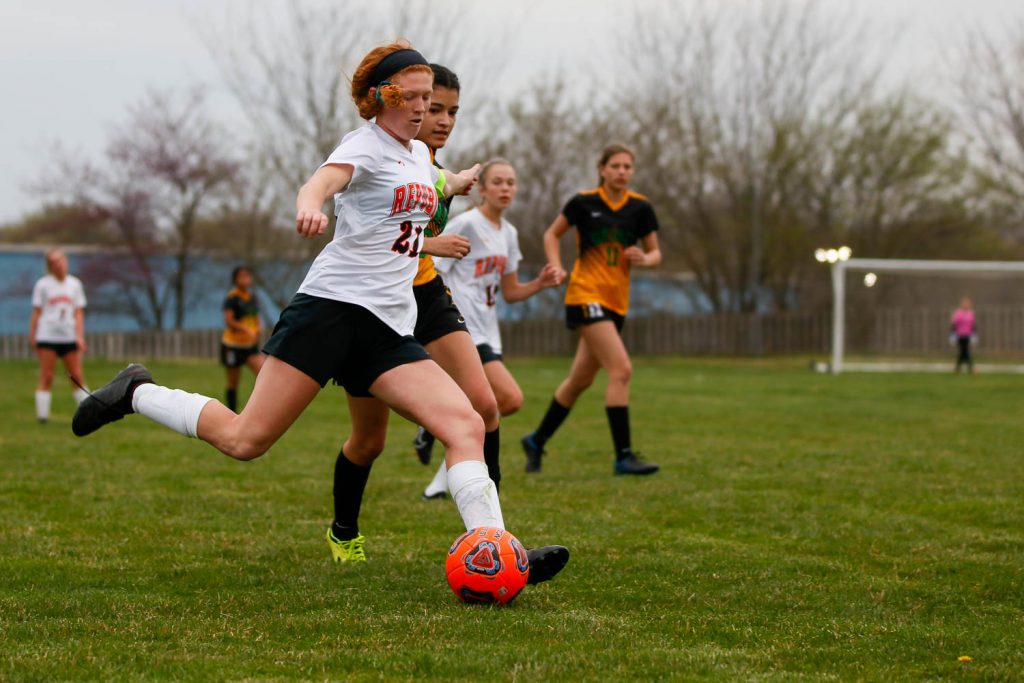