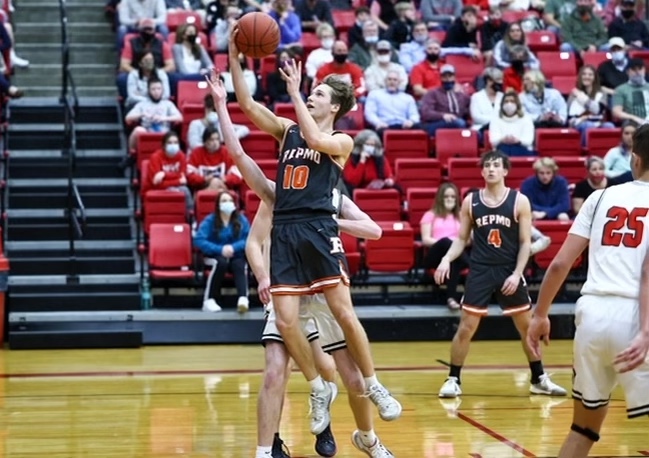 Republic had a chance to take its first lead of the night as time wound down in the second quarter, but turned the ball over with 16 seconds remaining. Ozark turned that mistake into two points, took a 29-26 lead into halftime, and that was a sign of things to come in what ended up a 67-55 road loss for Republic.

The third quarter was a continuation of those final seconds of the first half. Republic committed several turnovers, many of them unforced, and Ozark converted those turnovers into points. Ozark outscored Republic 19-8 to take control of the game. Republic never got the lead back into single digits the rest of the night.

“We felt like if we could keep them out of transition and get our defense set up, then we could guard them pretty well.”

Senior guard Drew McMillin was a bright spot for the Tigers, scoring 32 points and lighting up the court with long-range shots from all over, especially during the second quarter, when he made four three-pointers and scored 14 points to help Republic cut into Ozark’s early lead. But Ozark adjusted on defense, shadowing McMillin and denying him the ball – or denying him space to shoot when he did get the ball. McMillin didn’t score a field goal during the important third quarter. He got back on track in the fourth quarter, scoring 12 more points in the final eight minutes.

Republic has lost two of its last three games heading into district play, but Brown said he’s not worried about that because of the quality of Republic’s recent opponents.

“It’s been the gauntlet the last three years. Our schedule is probably more back-loaded than anybody else in the league,” he said. “We are who we are, and we’ve had a great season and I still like our team and what we have in front of us.”

Republic ends the regular season 21-4. The Tigers finished 7-2 in the Central Ozark Conference.

Republic opens district play at home as the #2 seed in Class 6 District 12 with a first-round game against #3 Joplin on March 2.

Note: Republic Tiger Sports will offer a live audio feed of the district games on this page. We will also produce a live video feed and offer it on the same page, but because of MSHSAA requirements, viewers will have to pay $10 per game to watch. We’ll have a package of video highlights later.

For a stretch of the second quarter, Drew McMillin was about as good as he’s ever been – including during his record-breaking game against Camdenton. He scored 14 points in that quarter, including four three-pointers, on his way to a 32-point night. When he left the floor after the game, even Ozark coach Mark Schweitzer and a few of Ozark’s players sought out McMillin to congratulate him on his effort in his final regular-season game as a Tiger. He’s our Farr Better Player of the Game.