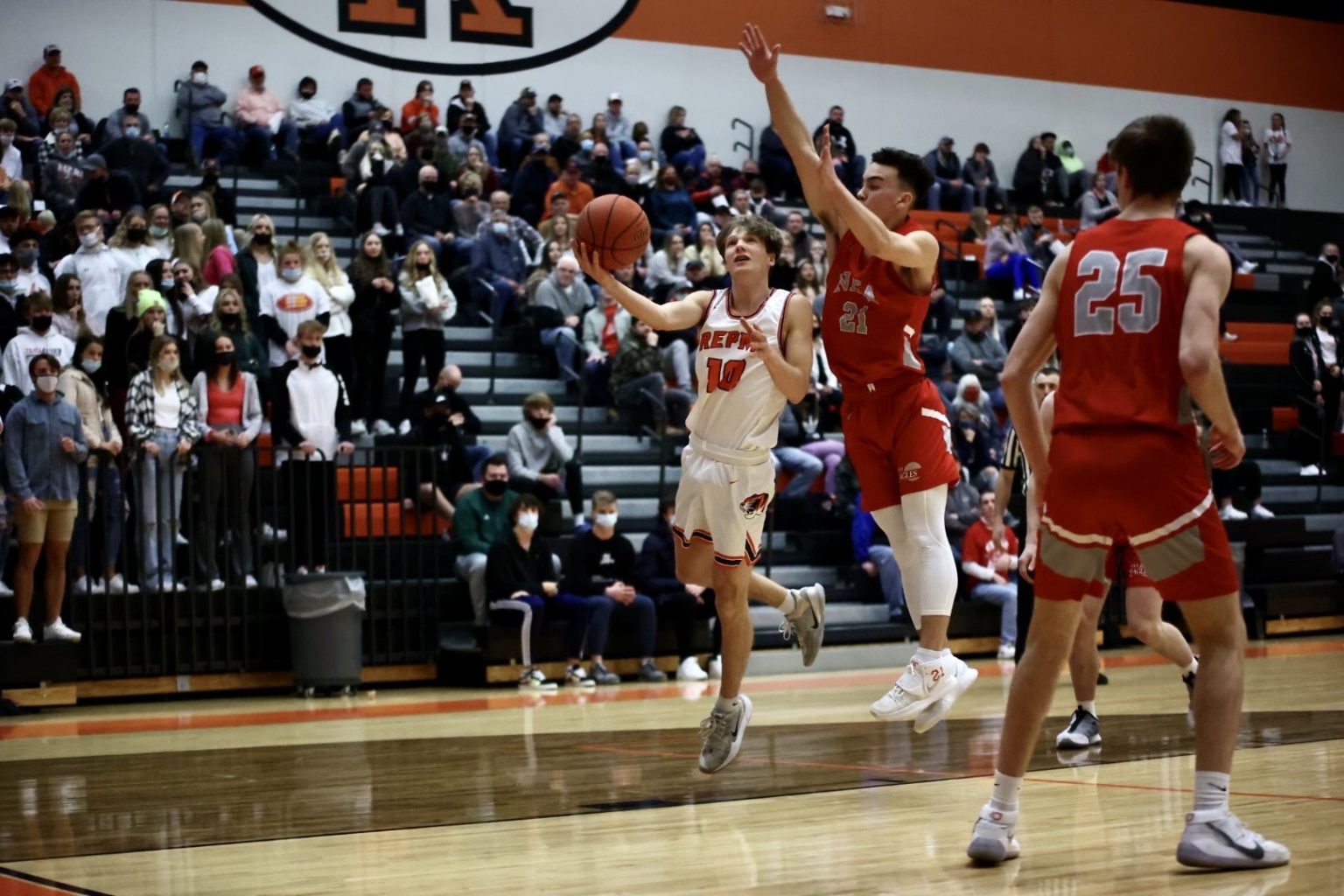 Nixa controlled the game from the start and took control of the Central Ozark Conference race with a 76-58 win at Republic Thursday. The Eagles dominated the first quarter and never looked back, improving to 6-0 in the COC and handing Republic its first conference loss of the season.

Colin Ruffin had three three-pointers in the first quarter and the Eagles jumped to a 20-7 lead after the first eight minutes. By halftime, it was 37-19 Nixa. Of Republic’s 19 first-half points, 16 of them were by Drew McMillin. A Will Fronabarger three-pointer was the only other bucket of the first half for Republic.

“They played better at all five spots,” said coach Tim Brown. “Their athleticism, their size, everything kind of gave us problems and fits tonight. They beat us in the paint. They beat us at the basket, and they beat us on the offensive rebounds, and those are things that are going to be an Achilles heel for us if we don’t do things right.”

Brown said he thought his team played well early, despite their scoring woes in the first few minutes.

“I thought we had some really good possessions to start the game. We had some long possessions where we ran good offense and got good shots, and didn’t make them, and they came down and scored it really fast. We had to play behind early, and that’s never a good combination for us,” he said.

McMillin finished with 31 points despite sitting out most of the fourth quarter after the game was out of hand. No other Tiger was in double figures in scoring.

Brown removed his starters in the final minutes to rest them for a Friday game at Webb City.

“There’s not a lot of time to pout. We’ve got another league game tomorrow on the road, and we’re going to have to hook it up,” he said. “The good thing about this group and our groups in the past, they’ve always responded well to adversity. We’ve not had to do that very much this year, and this could be a character builder for our team.”

It was a rough night for the Tigers against rival Nixa, but it could have been a lot worse if not for a stellar performance by senior Drew McMillin. McMillin finished with 31 points in just a little over three quarters of play. “Thankfully, Drew did some Drew McMillin things and competed and kept battling the whole game,” coach Tim Brown said. For his effort, McMillin is our Farr Better Player of the Game.