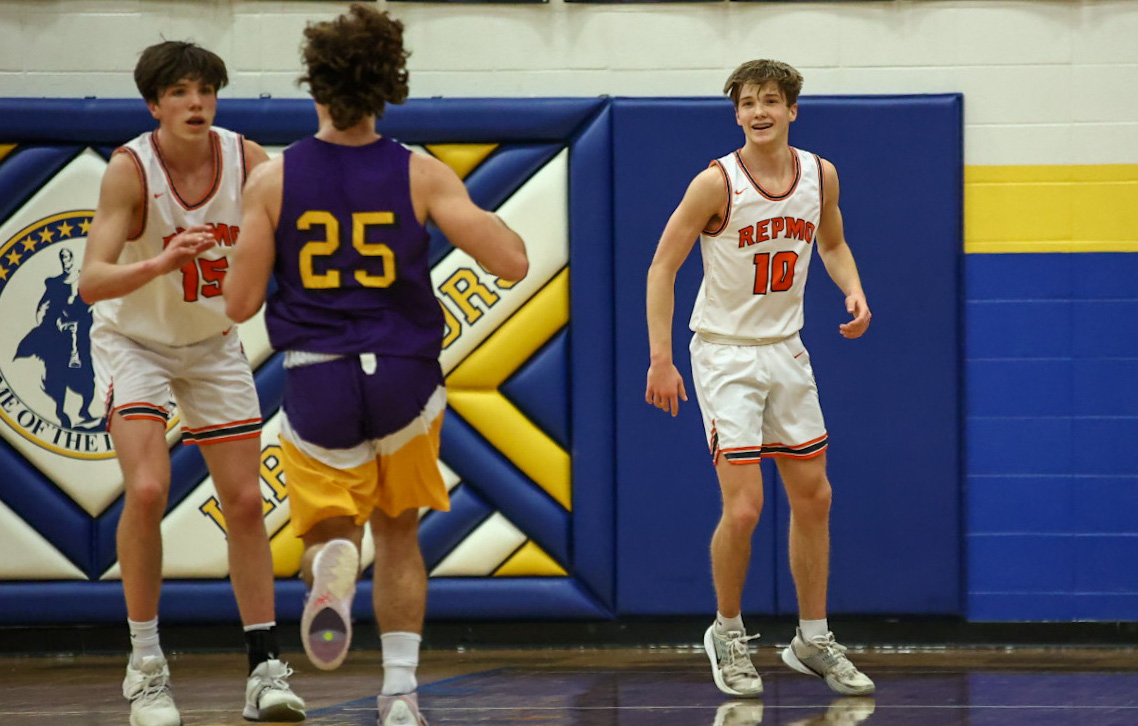 In the history of Missouri high school basketball, nobody’s ever had a game quite like Drew McMillin’s Thursday night.

Republic thumped Camdenton 86-49 in the first round of the Liberator Tournament at Bolivar, but McMillin stole the show. He made 16 three-pointers, becoming just the third player in state history to hit that mark in a single game – and he did it in fewer attempts than either of the other two. He finished with 61 points, a Republic school record, demolishing the old mark of 56 set by John Wakeman in 1989. His 61 points are tied for the 18th-best single-game total all-time in Missouri.

McMillin’s 16 three-pointers not only obliterated Republic’s old single-game mark, but he single-handedly broke the Republic team three-point record for a single game, which had been 13. Devon McMillin made one three-pointer, as well, giving Republic a team-record 17 – and almost certainly giving the McMillins the unofficial state mark for three-pointers by a single family in a game.

“Making shots is always fun, but being able to do it with all my friends out there just makes it even more fun,” he said. “A shooter, whenever they make one or two, they start to feel like they can take any shot. So after probably my fourth or fifth, I felt like I could just shoot whatever I could and it would go in from anywhere.”

“Nothing surprises me with Drew McMillin anymore,” said coach Tim Brown. “Whenever he gets going, he’s pretty special. And we’ve talked about this basketball team. Everybody was just as happy for him and what was going on as if it were them…. We always say ‘feed a fever,’ and he was on fire.”

Republic, the top seed in the Liberator Tournament, had trouble pulling away from eighth-seeded Camdenton in the early minutes. The game was tied 13-13 before Republic went on a 7-0 run to end the first quarter. Republic outscored Camdenton 19-16 in the second quarter to lead 39-29 at half.

In the second half, McMillin exploded for 20 points and Republic outscored the Lakers 25-13 to take control. They led 64-42 heading into the fourth quarter and never looked back.

McMillin made five of his three-pointers in the fourth quarter, despite a continuously running clock for the final four minutes of the game. He had a couple of off-balance chances to break the state record, but missed one and got fouled on the other. He made all three free throws as the clock ticked down in the final minute to become the first Republic player to score more than 60 points in a game.

“You don’t go out and do something like that, an individual performance, without the help of your teammates,” Brown said. “And they made sure they were finding him. They were aware of what was going on.”

Republic is now 15-1. The Tigers play Bolivar Friday at 7 p.m. in the semifinals of the Liberator Tournament, and we’ll carry the game live.