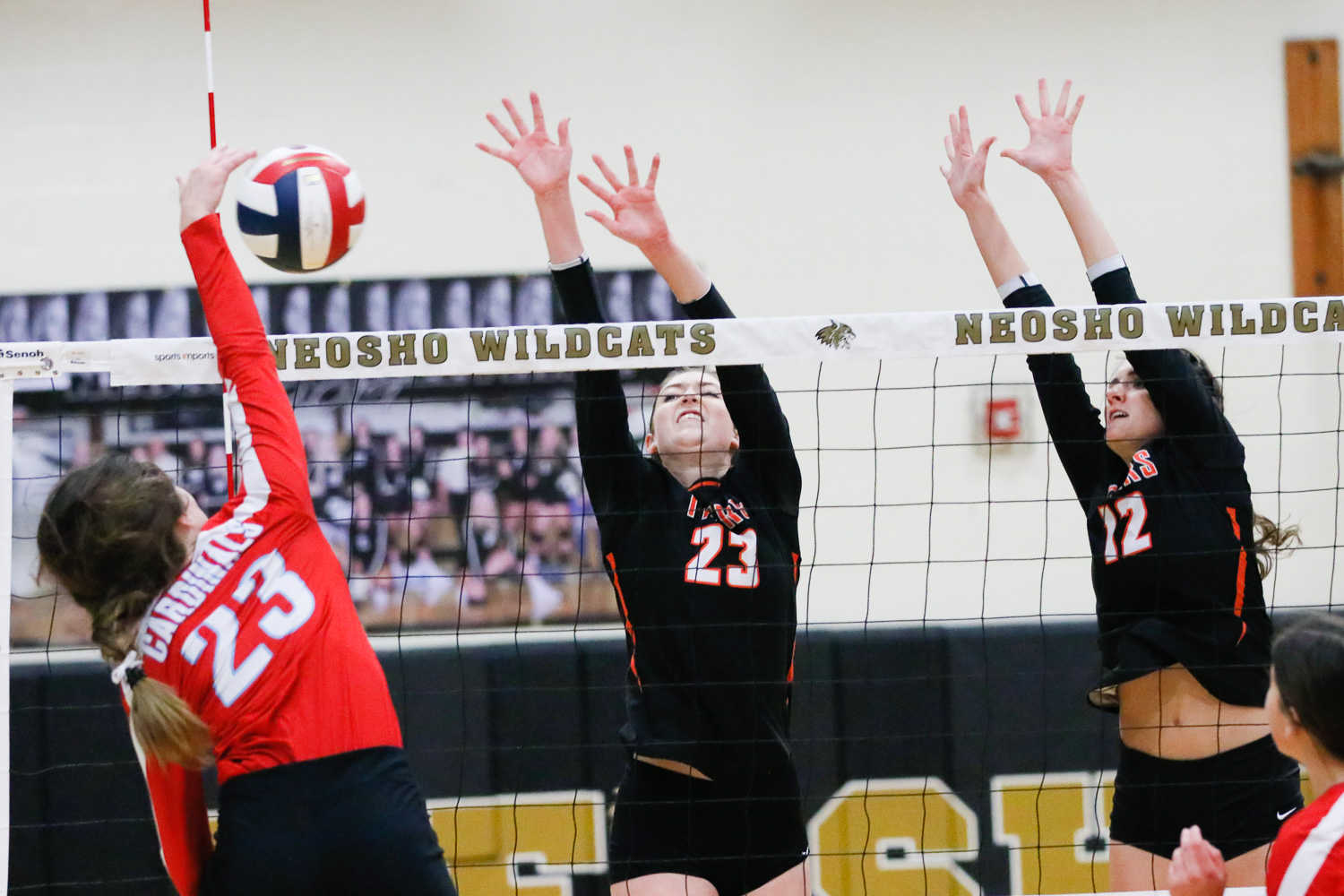 Rylee Moseman and Carle Ward go up for a block in the second set of the district semifinal.

The last time Republic played district #1 seed Webb City, they won 26 points all night. Tuesday in their district semifinal, they won 25 points in the opening set, threatening an upset before falling short, 25-23, 18-25, 16-25.

Coach Allison Davis said her Lady Tigers had something to prove after being saddled with the district’s #5 seed.

“We just wanted to prove some people wrong. We wanted to prove that … we deserve to be respected in our conference and also our district. I think that’s what motivated these girls, and (they) came out on fire,” she said.

In the first set, freshman Avery Riggs provided a big boost with the Lady Tigers trailing 6-5. She served five straight winning points to put the Lady Tigers on top 10-6, raising the intensity level on Republic’s side of the net. Webb City eventually clawed back to tie the score 20-20, and the teams were tied at 23 before Republic scored two straight to take a one-set lead.

In the second set, the Cardinals jumped ahead 12-8, but Republic won four of the next five points to pull within one. From there, Webb City won 11 of 15 points to take control, evening the score at one set apiece. The Cardinals won 11 of the first 15 points in the third set and never looked back.

The loss ended Republic’s inaugural season under Davis, and it marked the last time on the court for seniors Abby Mckee, Rylee Moseman, Emma Pearce, and Carle Ward.

“I’m going to remember the seniors and how memorable they made my first year. They worked hard, and at the beginning of the season I told them, ‘What kind of legacy do you want to leave?’ And tonight in the locker room, I told them they did exactly what they wanted to do. They led this team with positivity, with dedication, with motivation, and with a whole bunch of heart. And that’s what I’m going to remember most,” Davis said.