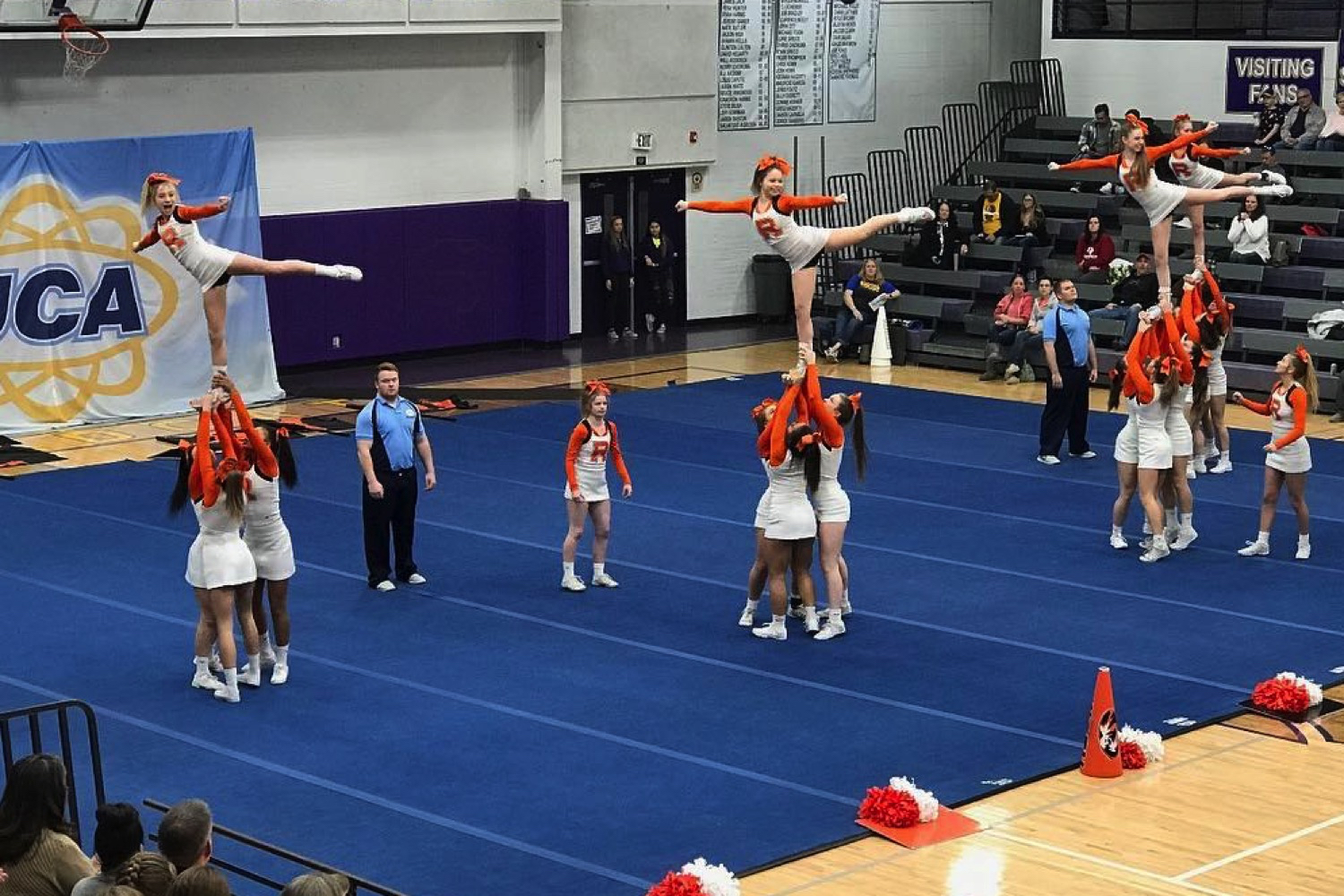 The Republic cheerleaders have a solid regionals performance behind them as they prepare for nationals.

Republic cheerleaders are headed to nationals through the Universal Cheerleaders Association, and they have a solid performance at regionals to draw on for confidence. The Republic cheer squad finished at the top of the Large Varsity division at the Show Me Regional in Blue Springs, beating out frequent state champion Liberty.

Coach Matthew Massey says the strong performance at regionals shows the determination of his 18-person squad.

“They’re hard-working. There are eight freshmen on the team … so that’s almost half the group,” Massey says. “They’ve worked hard in middle school, and they’ve come up and are ready to go and keep putting Republic on the map.”

Senior Jaydra Phouthone says it can be a challenge to have so many newcomers on the team, but she’s enjoyed it.

“It’s good to be able to teach them what we know, and bringing up another generation of cheerleaders,” she says. “I enjoy the fact that we treat each other as equals and we don’t separate ourselves into different groups by age or skill set. We accept each other for who we are, and we mesh well.”

Allison Gill is another senior whos helping lead the team’s preparation for nationals. She says the performance at regionals has been a big boost.

“ is a multiple state champion team, so beating them really meant a lot. It showed that all of our hard work had paid off,” says Gill. “It definitely gives us confidence going to nationals, but we don’t want to let it get to our heads. We want to not think about the people we’re competing against, and just think about … bettering ourselves.”

Bettering themselves hasn’t been a problem for the team so far, according to Massey. He says one thing that stands out about this group, aside from their young age, is their eagerness to improve.

“They always want to get better, and they will keep doing the skill over and over to figure out what’s going wrong. If they know they need to do something, they’re going to work to perfect it to be their best, instead of just giving up on it and (trying) to do something different,” Massey says

Nationals will be held February 7-11 in Orlando. The finals will air on ESPN.