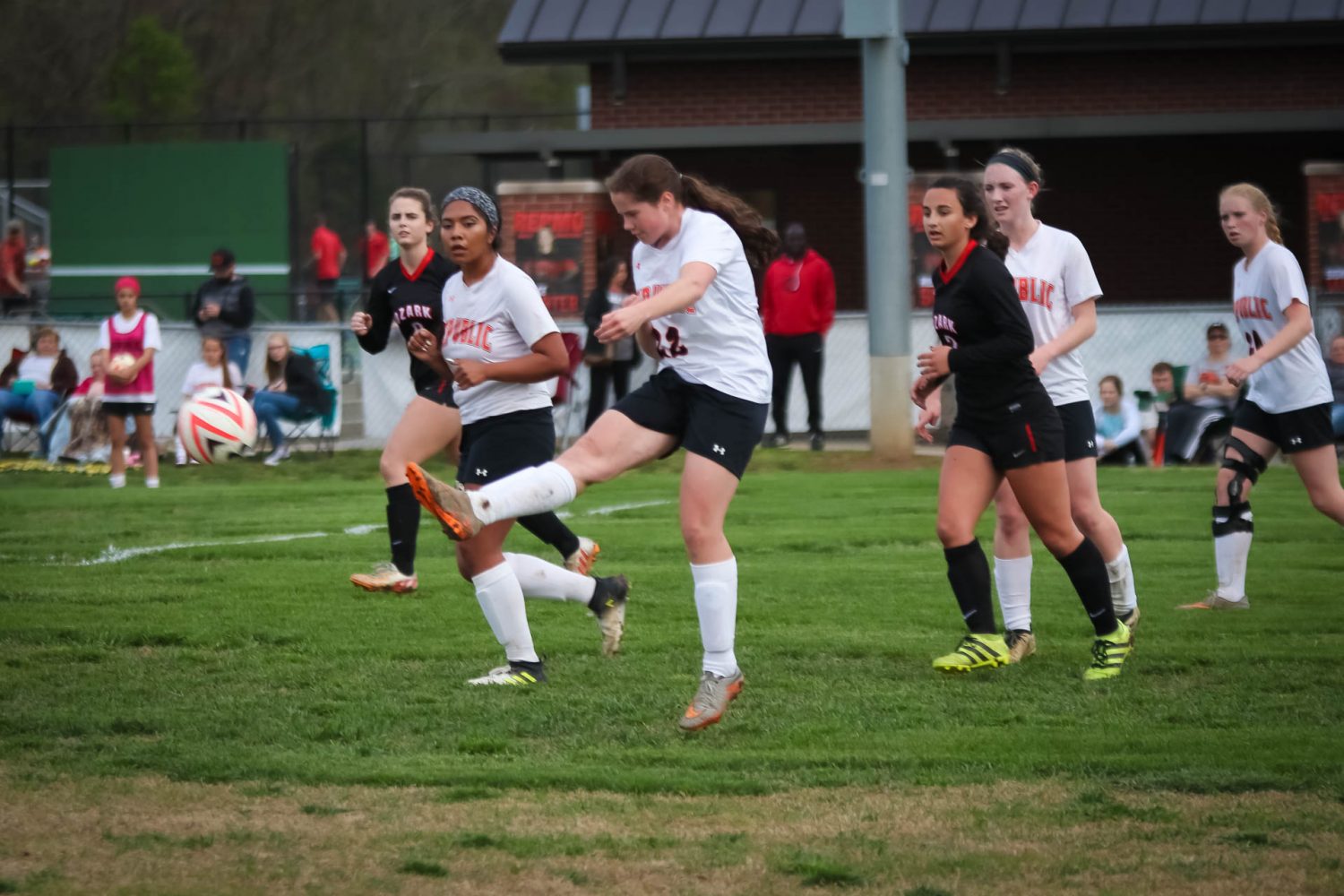 Ozark’s Ava Scott knocked home a corner kick with three minutes remaining to beat Republic 2-1 in a Central Ozark Conference showdown at Republic Thursday. It was Scott’s second goal of the game.

The game-winner came just five minutes after Grace Lightfoot had evened the score at 1-1 on a free kick from about 30 yards out. Lightfoot’s shot sailed just over the hands of Ozark goalkeeper Addy Lasley and into the net to put Republic on the board for the first time.

The teams had battled to a scoreless tie through the first 40 minutes, which each offense missing opportunities to score. Each team had a chance against a partially open net, when the goalkeepers came off their line, but in each case, the shot sailed wide.

Scott gave Ozark the lead in the 44th minute, but Republic increased its aggressiveness and controlled possession during most of the final 30 minutes. The Lady Tigers had several more chances, including a shot that rolled past Lasley and dinked off the side post before she was able to corral it.

“I thought we played really well. We played hard and we did some good stuff,” says coach Kevin Hauck. “Both teams had good opportunities that they just missed out on. We made two mistakes of not marking off the corner kick, then off that cross. Besides that, I’m really happy with how the girls played.”

“I think it really just shows the development and the progress we’re making,” Hauck says.

The defense kept Republic in the game again. Goalkeeper Tara Campbell made several difficult saves before Ozark scored the game-winner on a late corner kick, and the strong defense is showing up despite having two freshmen in the back.

“I’ll let go up against anybody. I feel really confident with where they are and how far they come along.”

Tyra Campbell and Regan Holmes, both freshmen, have gradually increased their confidence as the season has gone on.

“Tyra has some really good speed. Her long legs really get her to where she needs to be. I talked to her about being more aggressive, and I thought she did a great job in the second half … and when she is aggressive and stepping high and winning the ball for us, I think that really helps us to get into our attack,” Hauck says.

Holmes, too, is playing better as her role is changing.

“She’s really starting to come into her own,” Hauck says. “I’m starting to put a little bit more pressure on her. We’re allowing for Grace to roam and be where she needs to be, so we’re putting more pressure on Regan to hold down the center part of the field for us. She’s our last line of defense, and that’s a lot of pressure to put on a freshman, but she’s done a great job of it, and I’m really proud of how she’s handled it.

The Lady Tigers fall to 9-5 overall. They host Oak Park Friday at 4 p.m.

Find out how you can get $25 worth of free photos as a subscriber to Republic Tiger Sports magazine. Sign up now, before this offer runs out!

Tuesday, Grace Lightfoot was player of the game because of her defense. Thursday, she added some offense to the mix. Lightfoot pounded home a goal from about 30 yards out on a free kick to deliver Republic’s only score, and in addition to her work on defense, it made her Farr Better Player of the Game. 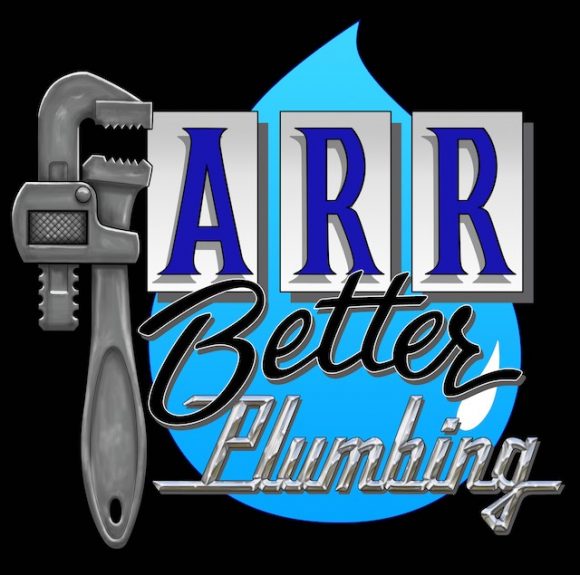