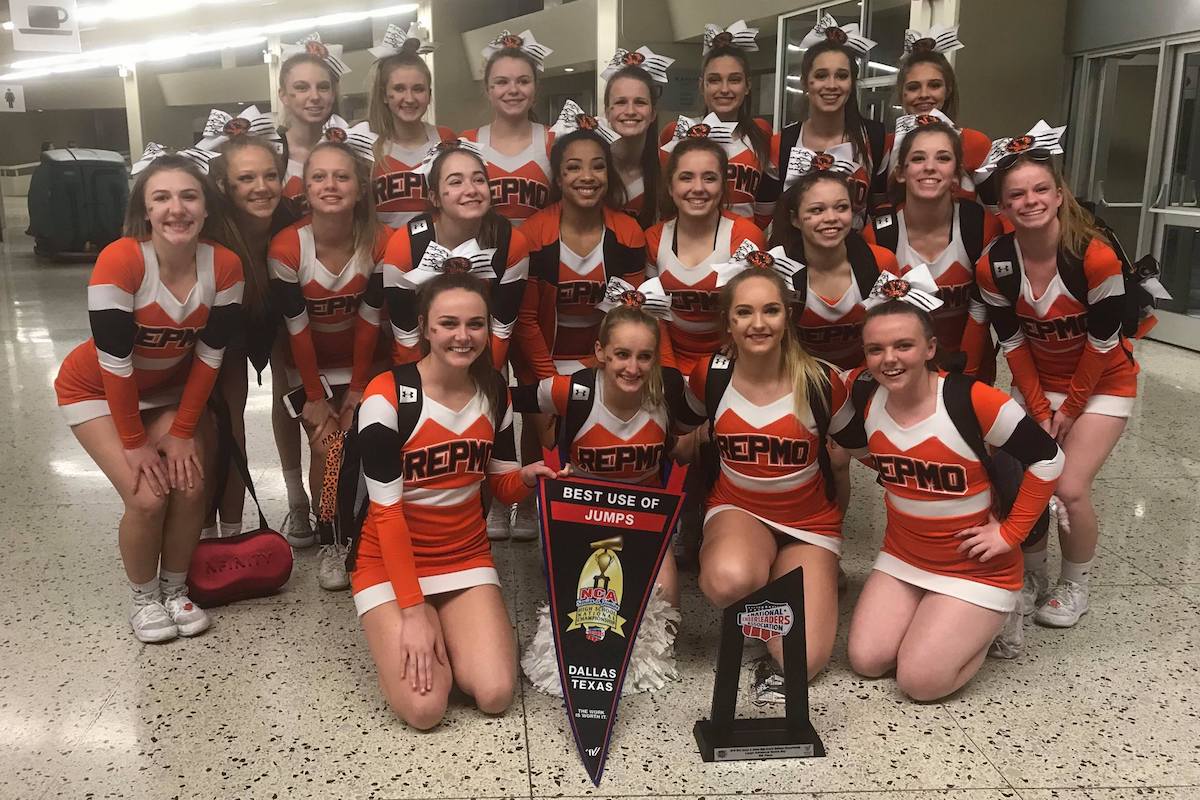 Missouri’s state cheer championships have been the ultimate competitive goal for the Republic cheer squad for the past several years — but this year, coach Matthew Massey and the cheerleaders set their sights on nationals. The Republic cheerleaders traveled to Dallas for the National Cheerleaders Association High School championships January 27-28. They came away with a 5th-place trophy in their division and were also awarded “Best Use of Jumps.”

Cheerleader Morgan Wojciechowski said the process of preparing for nationals was worth the payoff, but left the team frustrated at times.

“There were a lot of nights where we all left frustrated and beaten down almost, because of the amount of work and preparation that we did need, and the pressure that we had, that we wanted to go out and do good,” Wojciechowski said.

The trip not only allowed the cheerleaders to showcase their work, but also helped them grow closer together.

“My favorite part was getting to bond with my team, and getting to show what we could do, and just be together,” said Emma Thompson.

Since returning from nationals, Caitlyn Sturgis has committed to cheer in college for Drury University. She says she relishes the competitive side of cheer.

“That was one of my first bigger competitions, but I was used to the aspect,” she says. “It was more relaxed, and the rules were different for deductions. I’ll know more what to expect from college competitions. It’s more like competitive cheer than high school cheer.”

Jaydra Phouthone will remember her teammates’ perseverance through injury as they readied themselves for nationals. She was nervous leading up to the competition, but that changed when she stepped onto the floor.

“Most of my nerves went away when I saw the arena, because it wasn’t as big as I expected it to be, and there weren’t as many people,” she said.

Wojciechowski knows what lesson she takes away from the experience.

“I think positivity goes a long way,” she said. “We were handed quite a few different obstacles, but our team, like Republic usually does … overcame a lot of things, and I think we came together really well.”