Four Republic athletes — from football, soccer, volleyball, and cheer — have signed letters of intent to compete in college. Riley Watkins will play football at Pittsburg State University. Eryn Russell will attend Evangel and play volleyball. Dylan Brown will be a member of the Rockhurst College soccer team. Caitlyn Sturgis will be part of the competitive cheer squad at Drury. 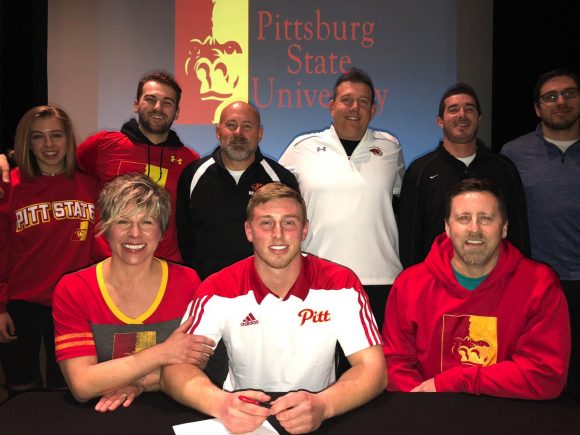 For Riley Watkins, the road to Pittsburg State began several years ago.

“I started going down there before my eighth grade year,” he says. “I went back routinely every year for their camps and games…and it just felt like home. It’s a winning tradition there. It’s a football town that revolves around football. It’s what they care about, and it’s what I care about, so it’s just a good fit.”

Republic football coach Dustin Baldwin only had one season with Watkins as his quarterback, but saw enough to know what Pittsburg State is getting in Watkins as a player and a student.

“I think he’s going to bring qualities to them and their program that all of our programs would desire, with his leadership and hard work, and the things he does on and off the field,” Baldwin says. “They’re getting a good athlete and a good scholar and a good person, and they’re going to be a better program with Riley Watkins.” 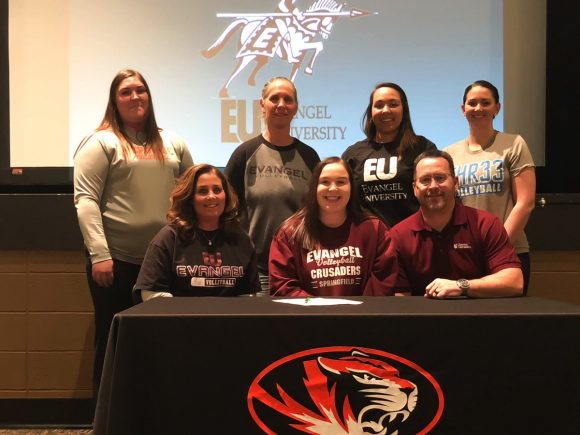 Eryn Russell has been a big part of the varsity volleyball team at Republic for three seasons. Now she’ll have even more time on the court, as she makes the move to Evangel.

“I’ve always wanted to play college volleyball. I love the sport, so I don’t want to give up after high school,” Russell says.

Evangel coach Mary Whitehead is happy—and a little bit surprised—to have Russell join the team next year, after seeing her play up close a few weeks ago.

“I was in disbelief that she was still available,” Whitehead says of Russell. “Within a week or so, we made an offer and she accepted, so she will come in and make an immediate impact for us.”

Republic coach Piper Wright says of Russell, “It’s been an absolute joy and honor to coach her over the past four years. She’s one of the most hard-working and dedicated athletes I have ever coached.”

Dylan Brown re-wrote the soccer record books at Republic in only three seasons. Now he starts over again at Rockhurst College in Kansas City, a place with a much longer and more storied soccer history. Head coach Tony Tocco will be in his 47th year at the helm of the Hawklets next season, and Rockhurst was ranked third in the last national poll. 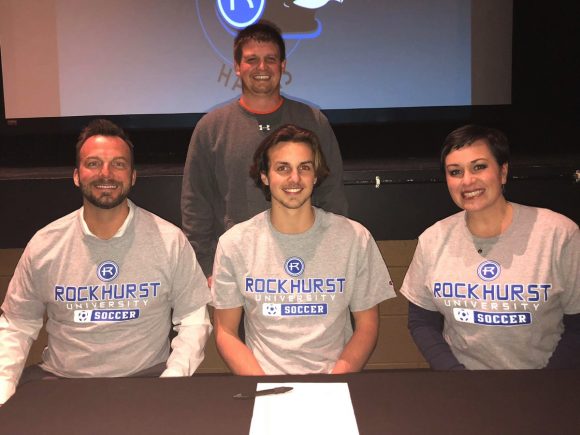 For Brown, the choice was easier because not only did Rockhurst make a better scholarship offer, they are also one of the best soccer programs around.

“They’re very competitive,” Brown says, “and they definitely know what they’re talking about.”

Brown says he’s looking forward to playing in a place where the soccer game atmosphere is similar to a Friday night football game in southwest Missouri.

“It’s very wild. Their stands are right next to the out-of-bounds line. They’re all about soccer,” Brown says.

Tigers coach Kevin Hauck says Brown has changed soccer in Republic, and will take that play-making ability to the next level.

“Dylan has made a huge impact on our program since being here. He’s helped raise the program to a whole new level. He’s someone who can change the game at any given time,” Hauck says.

Republic cheerleader Caitlyn Sturgis has always had a passion for competitive cheer, even before she joined the high school squad a couple of years ago. Now she takes that passion to college, and one of the best competitive cheer squads in the nation at Drury University. 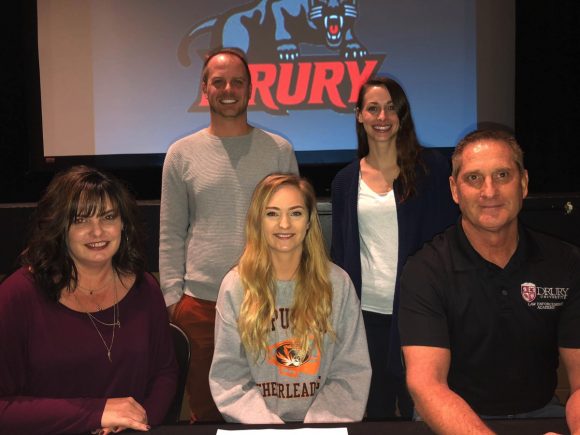 “I’m a super-competitive person,” Sturgis says. “I’m used to the competing and the adrenaline.”

“She’s going to do great things there. They have a lot of new opportunities for female athletes,” Massey says. “She’s going into a strong foundation next year, and can just add to that. I can’t wait to see what she helps them accomplish.”

Sturgis says competing at the next level will give her the opportunity to do things she hasn’t been able to do up to now.

“College cheer goes to a lot more, bigger competitions, and they have a lot of harder, more complex skills that are illegal in high school,” she says. “I’m really excited to be able to do those things, because they’re really fun.”