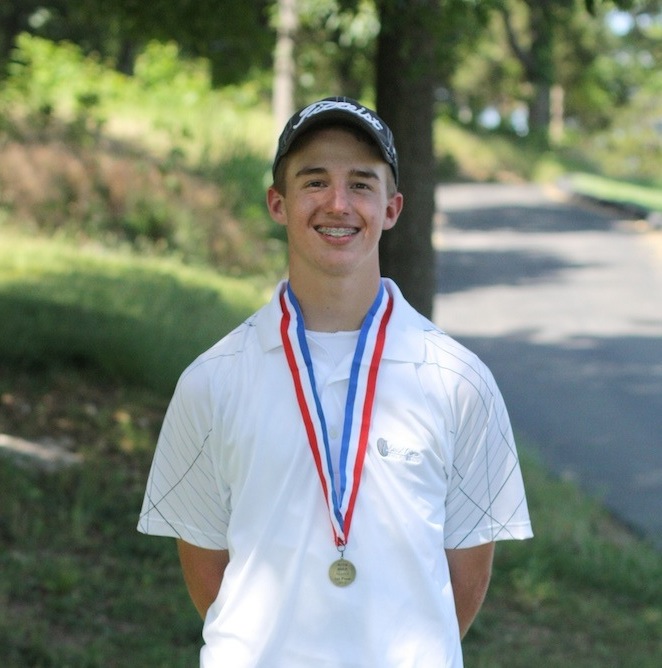 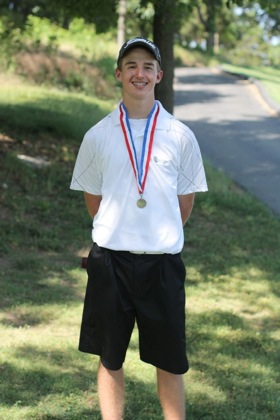 Dylan Bekemeier didn’t just beat the field at the Class 3 state golf tournament, he demolished it. Bekemeier shot a four-under-par 68 on the tournament’s final day, and finished four-under for the tournament. That was five strokes ahead of his nearest competitors.

Bekemeier entered the day two strokes off the lead after shooting an even par 72 on Monday. He started things off with a bang by getting birdies on four of the first six holes.

“My rounds usually are about being confident. If I’m not confident, I’m not playing that well,” says Bekemeier. “Being four-under through six makes you pretty confident. After that fourth birdie, I thought, ‘I might be able to do something today.'”

“I just wanted him to keep his nerves together,” says coach Ben Wolfinbarger. “But he played solid all day. He was consistent from tee to green. He was aggressive when he could be. He struck the ball well, putted well, and played smart.”

Bekemeier was at -3 after nine holes, and his only setback was on #11, when he hit the ball into a hazard off a tee and ended up with a double-bogey. But he clawed his way back to 3-under-par after 16 holes, then drained a 60-foot putt for birdie on 17 that set him up for his eventual coronation as state champ.

“I was just wanting to get it close. It was about five feet out, and I saw it was going to go in, so I started raising my hands up, and it went in. It hit pretty hard — it jumped about two inches in the air, then dropped.

Throughout the day, Bekemeier knew he was playing well, but had no idea whether he was in the lead or not. Four other contenders, including the two leaders at the start of the day, were behind him.

“I guess it turned out better, but the entire round, I was wanting someone to go ask how they were doing.  I wanted to know how I stood,” says Bekemeier.

Wolfinbarger says he knew Bekemeier had a 3-stroke lead after 15 holes, but didn’t say anything. “I didn’t want to tell him. Coming down the stretch, I don’t think he hit a bad shot from 13 on. It was unbelievable.”

What does it feel like to be state champion?

“It’s ridiculous,” says Bekemeier. “I wasn’t favored, but to come out here and show everybody I can play, it’s pretty nice.”